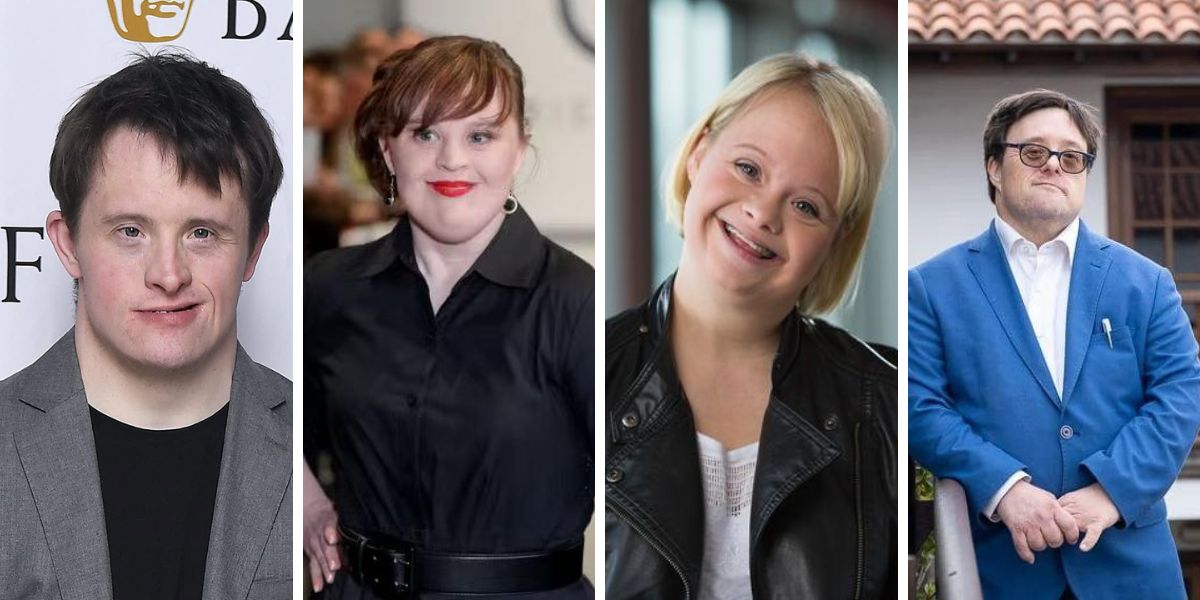 People with down syndrome may look different than most. They may also move, talk, and walk differently. However, they are still human like us, and everyone can be successful despite what they can or cannot do. These celebrities with down syndrome prove that victory can come to whoever puts effort into it.

10 Successful People with Down Syndrome 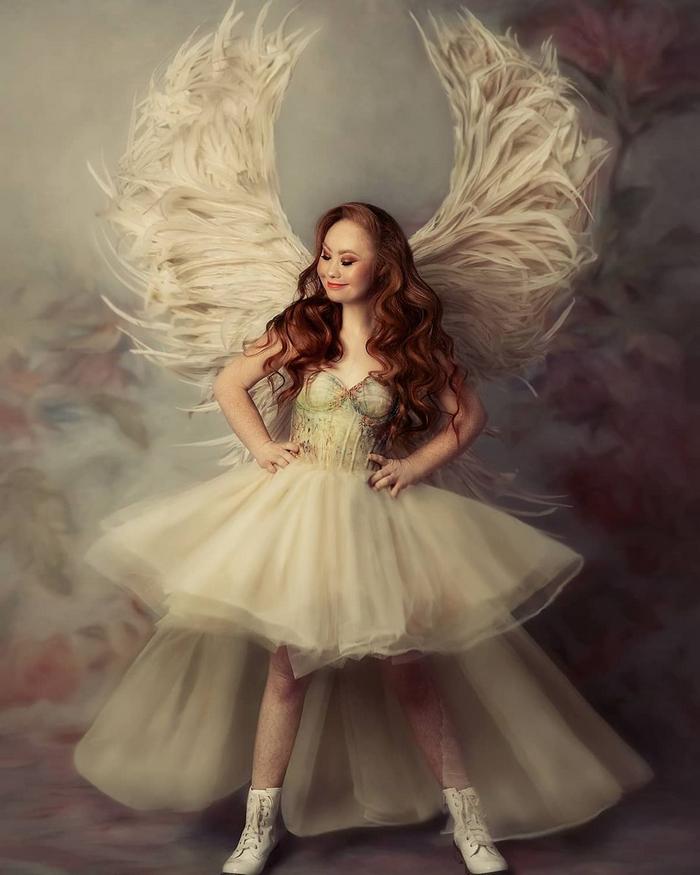 At a glance, nobody would think that Madeline Stuart has Down Syndrome (DS). However, she is the first model with down syndrome who has experienced countless international runways and campaigns at a young age. She started her modeling career when she was 18, then rose to prominence a year later.

Getting where she is now wasn’t easy for young Madeline. DS sufferers usually struggle with body weight, and she has to undergo a strict fitness regime and diet. But, together with her mother, they are now running an inclusivity campaign for people with down syndrome. 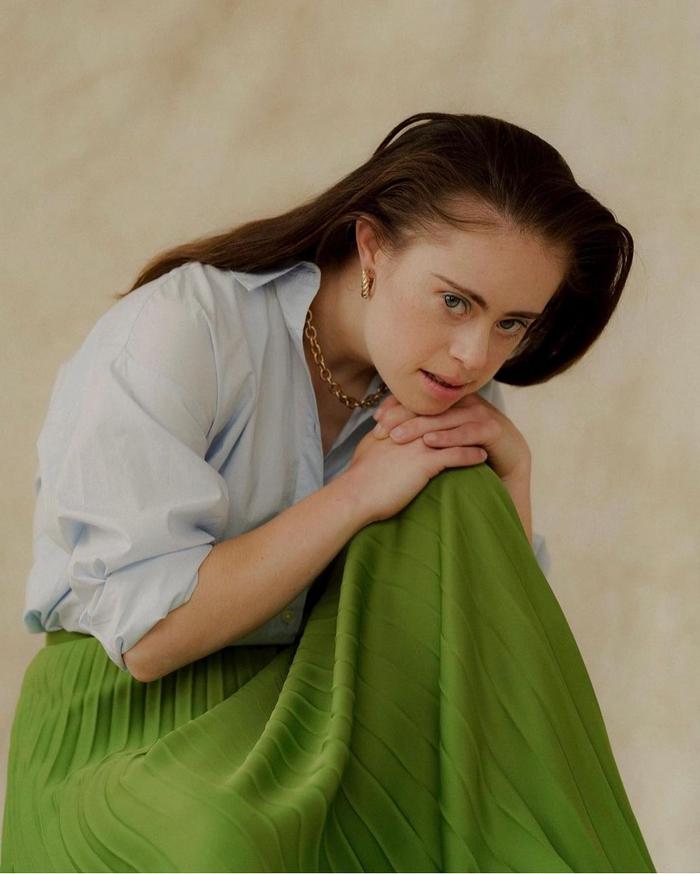 While the current society is dominated by male and ‘normal’ leaders, Chelsea Werner proves that she’s the epitome of inclusivity. Not only is she a Gymnastics Olympian, but she is also a model and a person with down syndrome.

Werner was diagnosed with down syndrome and couldn’t walk until two years old. So when she just got into gymnastics, it wasn’t easy to find the right mentor and follow practices. However, the blood and tears she shed during her training days pay off today. 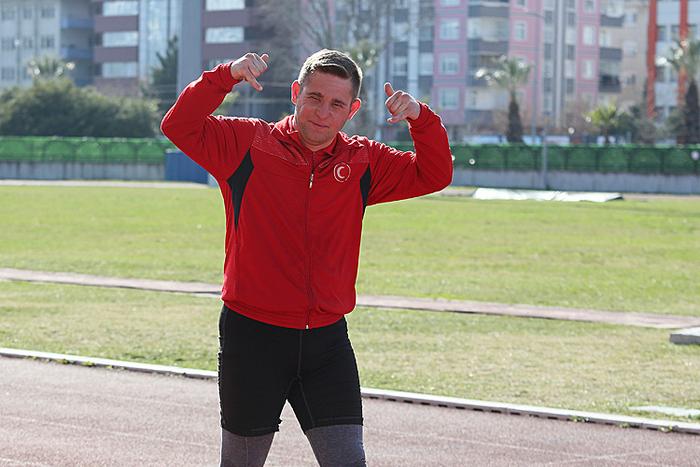 Another famous athlete with down syndrome is Ali Topaloğlu. He is a Turkish track and field athlete who manages to bring home several gold medals and participates in various international championships. He starts his training regime at 15 with full blessings from his father.

It doesn’t take long for Topaloğlu to be the first among his peers. At just 18 years of age, he gets a silver medal after playing in European Athletics Championships. Aside from that, he also manages to snitch two more silvers while playing at the World Championships for down syndrome athletes. 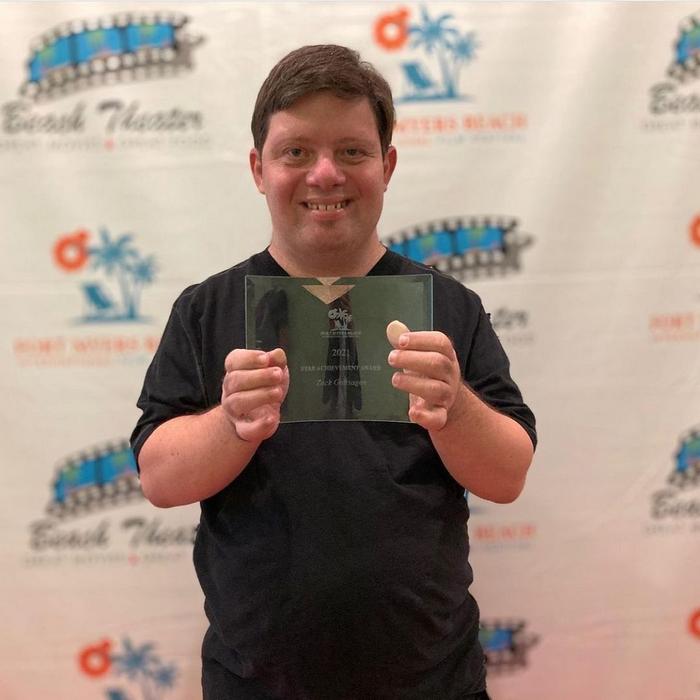 Zach Gottsagen is the male actor with down syndrome and the initiator of the movie “Peanut Butter Falcon.” The story of a down syndrome pro-wrestler was a success, resulting in him winning several movie awards in 2020.

Despite the success, Zach’s childhood was far from easy. He and his mother, Shelly Gottsagen, faced rejection and mistreatment by society. In an interview, Shelly admits that she spends most of Zach’s childhood in court. Maybe, because of that, Zach has a strong desire to prove himself to others. 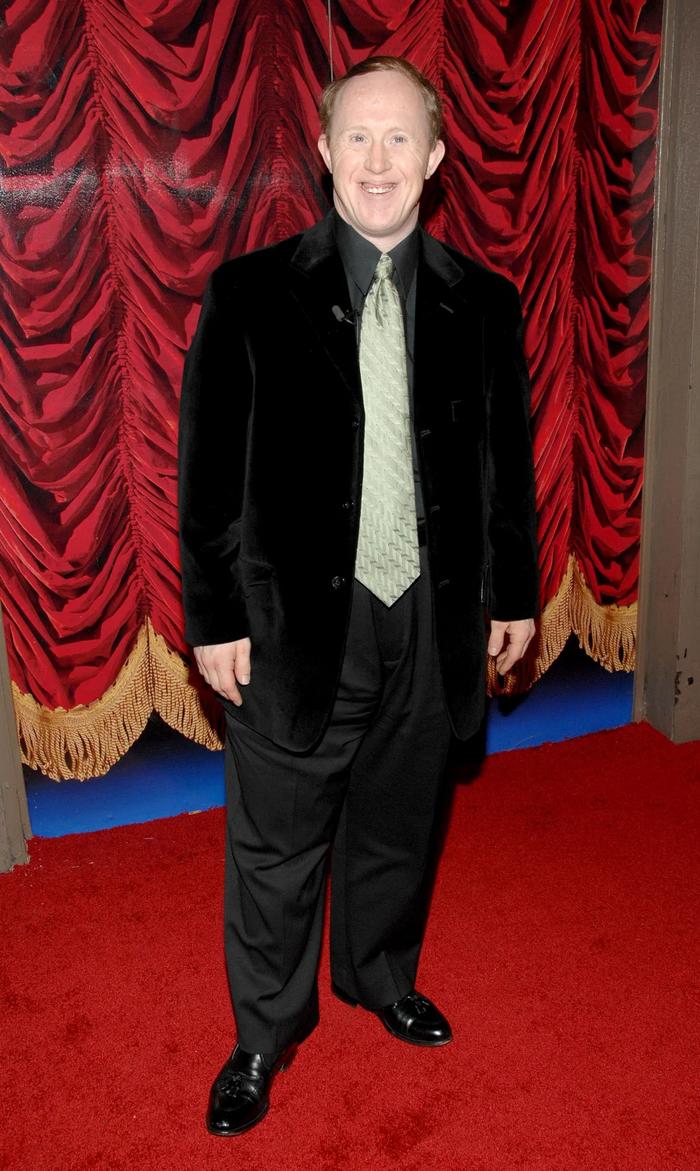 Another famous actor with down syndrome is Chris Burke. He is known for acting in the leading role in the TV series “Life Goes On.” Afterward, he also joins several other projects, such as The Commish and The Division.

Young Burke grows up in a very supportive environment. However, so little was known about down syndrome at the time. He was almost brought to an institution and struggled to find a school. Aside from acting, he is also an advocate for the National Down Syndrome Society. 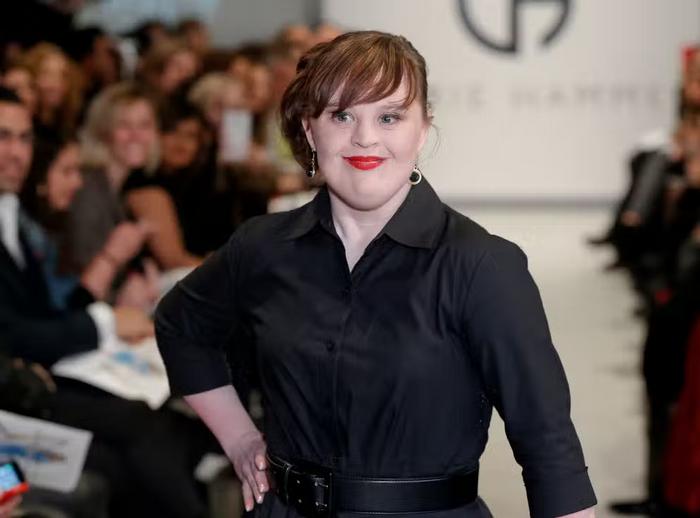 Moving on to the female actor with down syndrome, Jamie Brewer has recognized herself as quiet. One of the roles that boost her career is a recurring role in the series “American Horror Story.” Aside from that, she also stars in several projects, including short films and even fashion shows.

Brewer takes pride in being a famous down syndrome figure. She ensures that she interacts with people with the same condition and motivates them to reach their dreams. In an interview, she states that she is “happy” that the entertainment industry has shifted to be more inclusive. 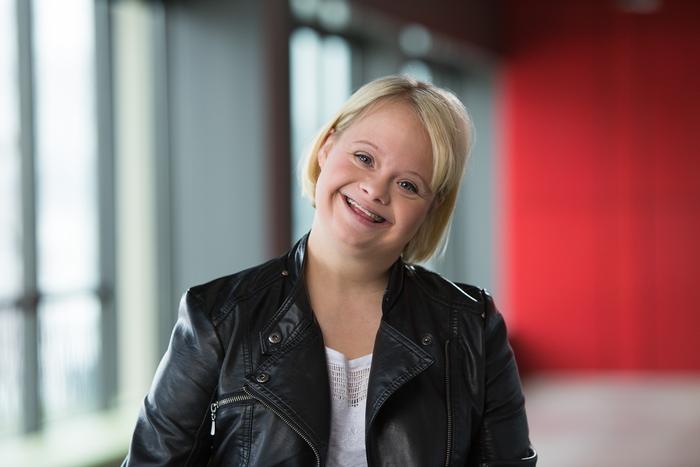 Those who have watched Glee must be familiar with her face. Lauren Potter plays a role in the TV series Becky Jackson, and her name starts to soar afterward. However, it is not her first role as she was also involved in the movie “Mr. Blue Sky” when she was 16. And indeed, it is not her last either.

Potter was born with down syndrome and had difficulties walking until she was two. Later, she also suffers from bullying and people telling her she can’t make it. However, she always knew she wanted to act and bounced back stronger after every downturn. 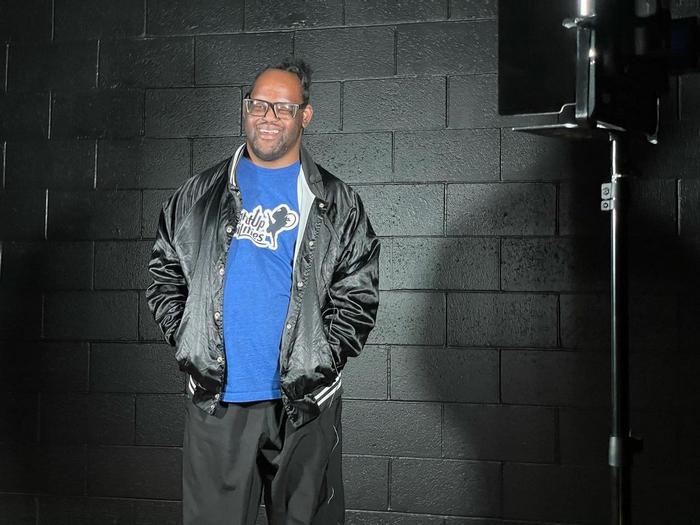 Many people probably find John Tucker’s face familiar because they have been watching “Born This Way,” a 4-seasons TV series starting in 2015. However, acting is only one of Tucker’s talents. Aside from that, he is also a down syndrome rapper, video editor, and cinematographer.

Tucker is no one-hit-wonder. After the series ends, he is active in other projects. A few of his contributions are as a guest star in the TV series “Meet the Biz” and appearing in different campaigns and advertorial. In addition, he constantly updates on social and his first album, The Project, is currently on sale. 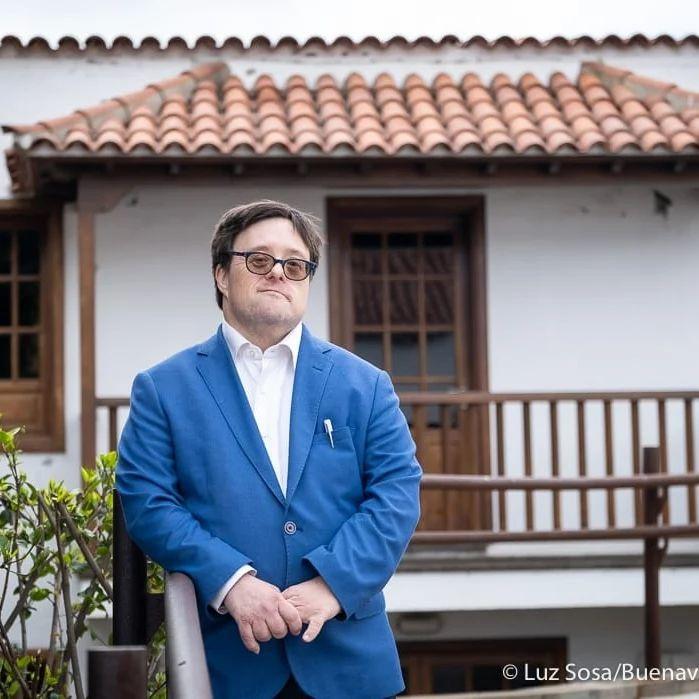 People with down syndrome can have a shining intelligence, too, and that is how Pablo Pineda is. He is an actor famous for his role in “Me Too,” a movie about a university student with down syndrome. He also stars in “Els Matins a TV3” and “Alphabet.”

Although Pineda can pursue a career in acting, he decides to focus more on his will to teach. However, the roles are as important to him as they are tools to empower people with the same condition. He also hopes people’s perspectives on down syndrome could change because of his roles. 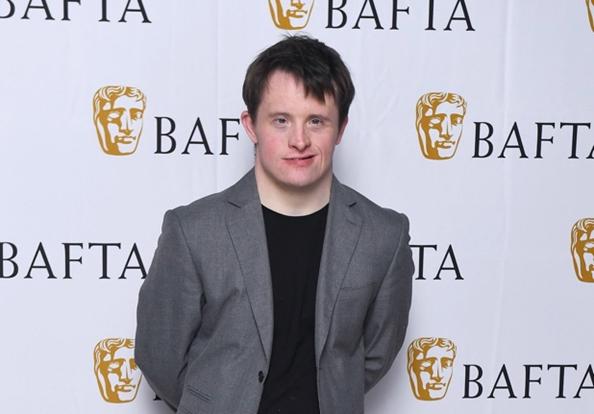 If there is a down syndrome actor with an enticing portfolio, one of them must be Tommy Jessop. The man has starred as a cameo in several short films, theater plays, and radio. But, more importantly, his acting in the BBC drama Line of Duty ensures his name gets more recognition.

The film he stars in doesn’t go unnoticed. Some of his projects, such as “Innocence,” received an award, and others got nominated. Moreover, he also receives an honorary doctorate at the University of Winchester. He is actively voicing his thoughts on the Down Syndrome bill campaign.

Like many others, celebrities with down syndrome can do everything they get their heads to. However, it is time to give a chance to more people and add inclusivity to the industry.