As you walk down the street, you can’t help but notice that almost everyone is carrying a designer bag. It seems like every other person is sporting a Louis Vuitton, Gucci, or Prada bag. But you may not know that many of these bags are fakes. Unfortunately, celebrities are some of the worst offenders when it comes to carrying fake bags and apparel. 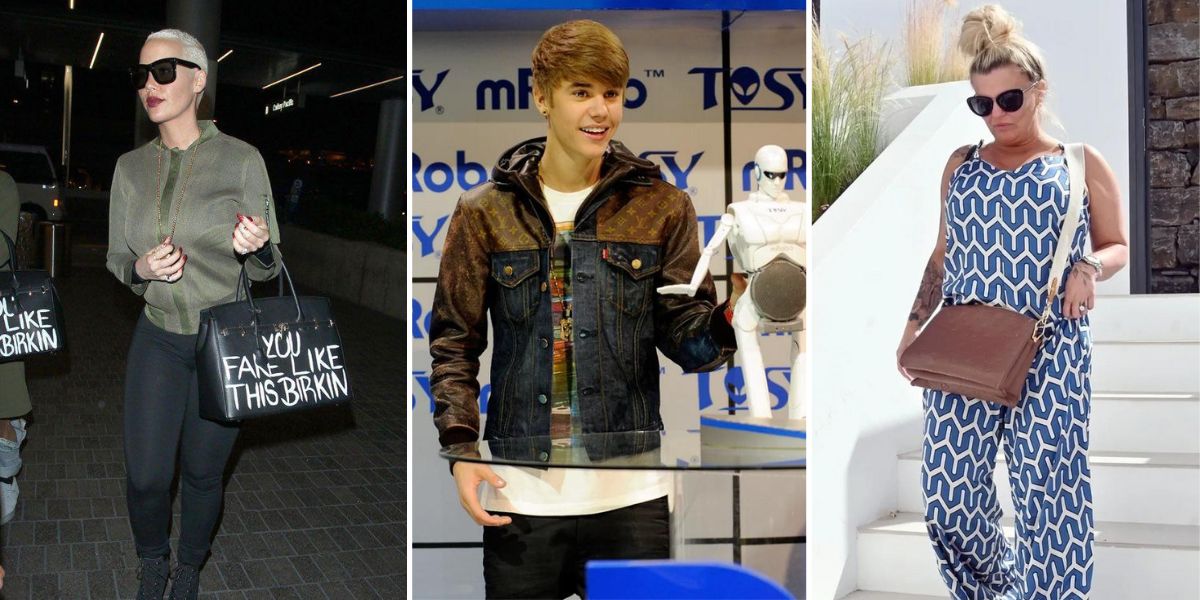 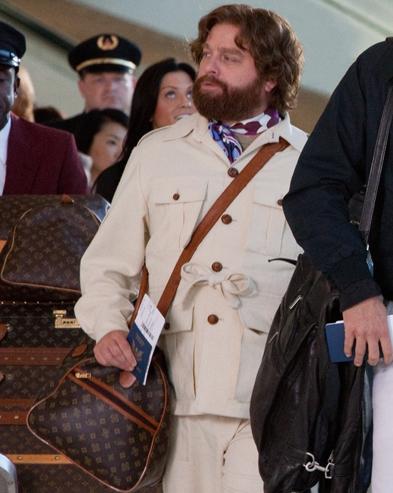 Zach Galifianakis rarely makes a controversy for himself. However, Alan Garner, his character in The Hangover, does. If you watch the comedic movie, you will know how Alan’s eccentric characteristic appeals to conflict and controversies.

In The Hangover 2, there is a scene where Zach and his co-stars walk at the airport carrying their bags. That is when the public spots a fake Louis Vuitton bag. The news spread nationwide that the brand sues Warner Bros Entertainment for “public confusion.”They also demand some profits. 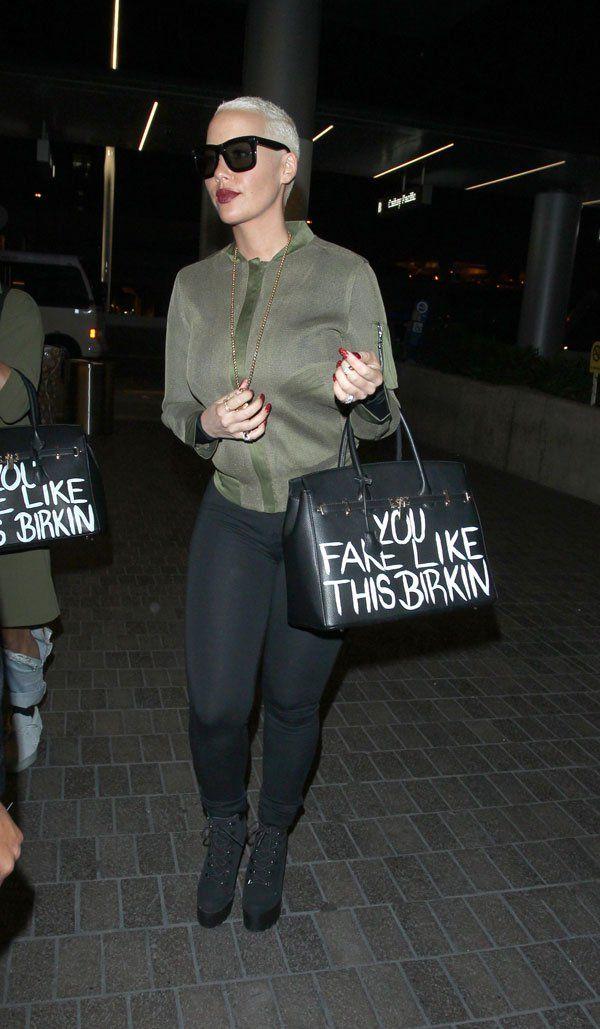 Amber Rose does the opposite, unlike many other celebrities carrying fake designer bags, who are mostly quiet or ashamed. Instead, she is quite proud of her fake Birkin and ensures the paparazzi get a good picture out of it.

Around 2015, Rose was carrying a medium-sized black Birkin bag with big white letters. The notes are, “You fake like this Birkin.” The public believes she attempts to shade Kim Kardashian, her nemesis, who likes using Birkin bags. 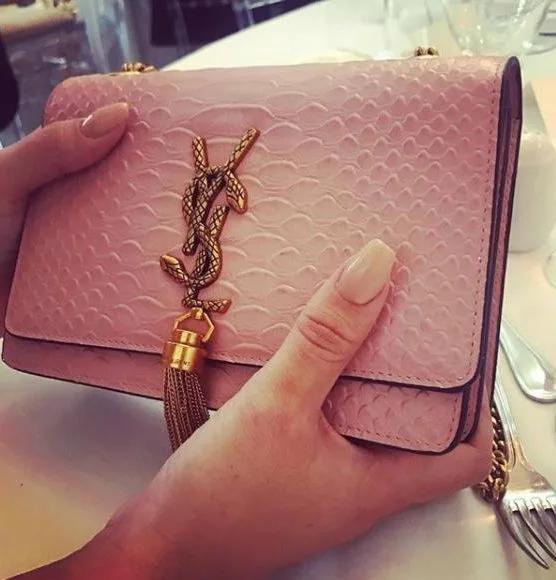 The industry of fake apparel has made Danielle Lloyd’s pants on fire. The English model and TV personality once cause an uproar due to her Instagram post, which displays a pink YSL bag.

In the post, Danielle encourages her followers to buy from the Instagram page that gives low prices for designer luxuries. The bag in question originally sold for €1,000, but Lloyd promoted it for €150. The act causes her to receive backlashes for encouraging people to buy fake items. 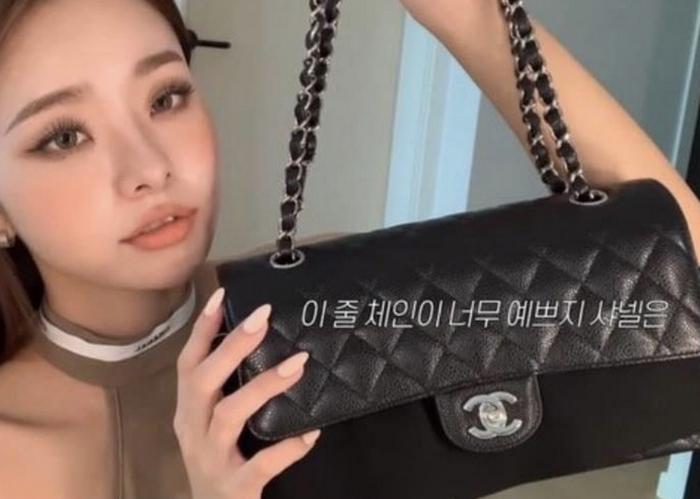 There are not many influencers with fake bags around. However, Song Ji Ah is an exception. She is a South Korean Youtuber and influencer. Her name soars higher after her appearance on Korea’s reality dating show, Single’s Inferno. The show is so popular, and it is listed as one of Netflix’s Most Watched.

Ji Ah often flashes several luxury goods in her videos or the show. She is not hesitant to show designer clothes or bags, including the small classy Chanel bag. However, the reign is over in an instant due to the public realizing that the bag is fake. She writes an apology letter afterward. 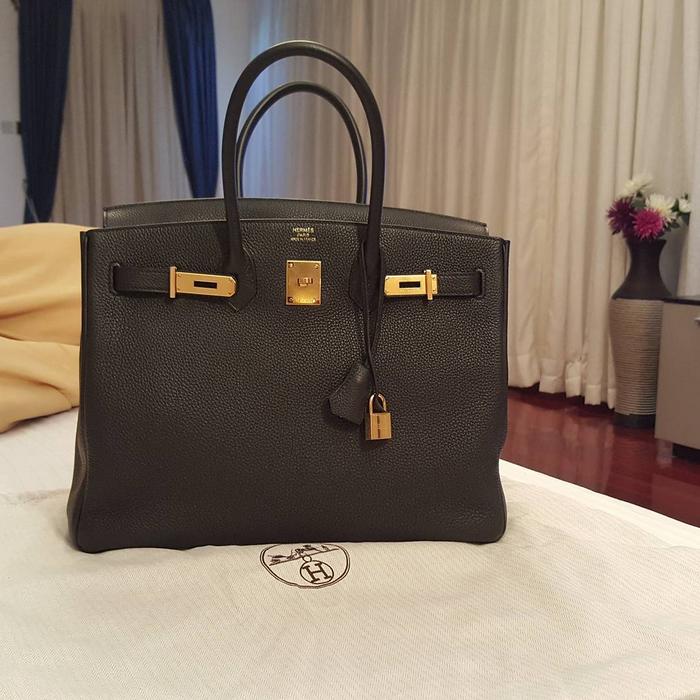 Linda Ikeji is a Nigerian blogger and quite a prominent figure in the country. However, she is far from free-from-controversies, including a controversy regarding a fake designer bag.

Upon posting her new bag on social media, Ikeji receives a backlash as the public puts on fake Birkin bag allegations. The feud is so chaotic that Ikeji has to lock her account for a while. Finally, one account takes the initiative to reach Birkin’s official handle, and they confirm that Ikeji’s bag is indeed a fake. 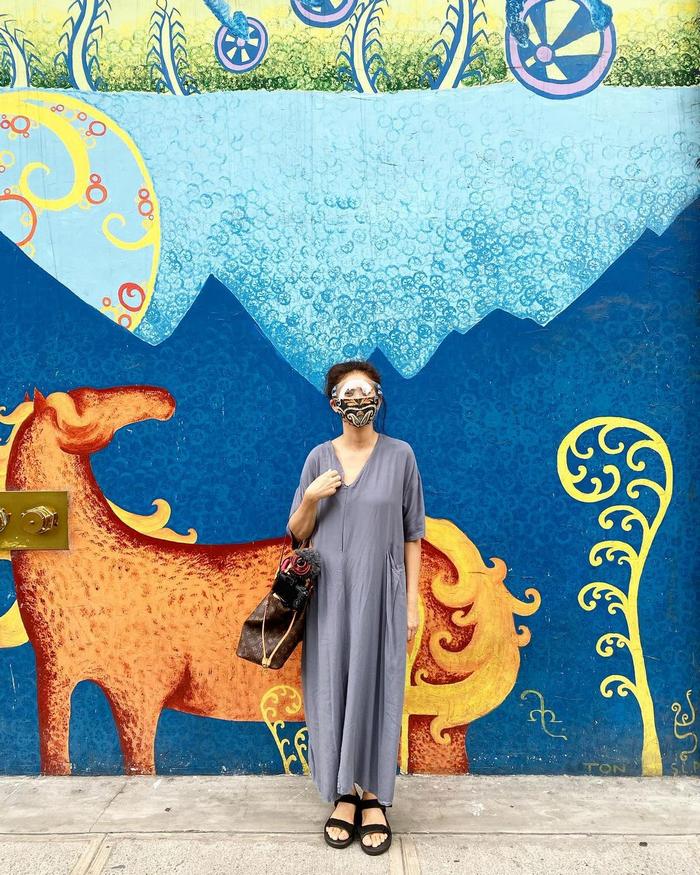 Rica Perlajeho is a Filipina writer, influencer, TV host, and ex-actress. While other famous people hide that they are using fake goods, Peralejo comfortably shares about hers.

In one of her Instagram posts, Peralejo tells a story about using a fake Louis Vuitton bag, saying she would instead “buy a tent” than pay so much money for purses. However, the post got backlash as the public assumed she supported the fake luxury goods industry.

Aside from designer bags, there are also famous names caught up wearing fake luxury items. Here are some of them. 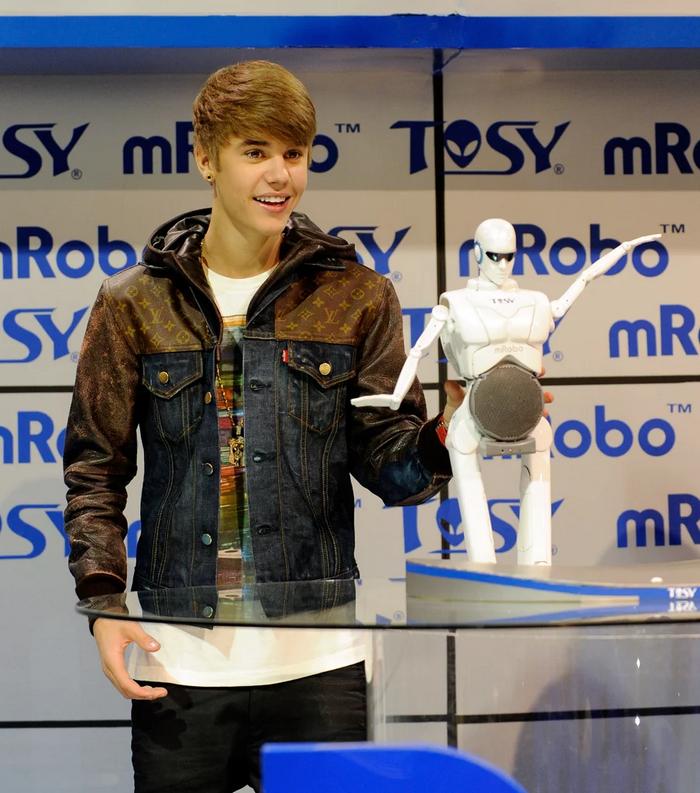 The famous pop star inflicts disappointment as he wore a knockoff of a Louis Vuitton jacket when he was younger. Moreover, the jacket looks legit as it has the iconic big LV logo on it. However, Levi’s label showing from the pocket tells otherwise.

The representation of Louis Vuitton says that they regret such an incident happens. It might lead to global confusion and tarnish the brand’s image.

Imagine having unknown and totally anonymous fashion police commenting on your shoes. Unfortunately, that is what happens to Teyana Taylor. She was caught on wearing fake Yeezy shoes.

It is Yeezy Busta that calls Taylor out. He is a fan of Yeezy and Kanye West and knows every little detail of Yeezy shoes. So, that is why he can call Taylor out regarding the shoes. More ironically, Taylor is a signed singer on Kanye West’s record label, Good Music. 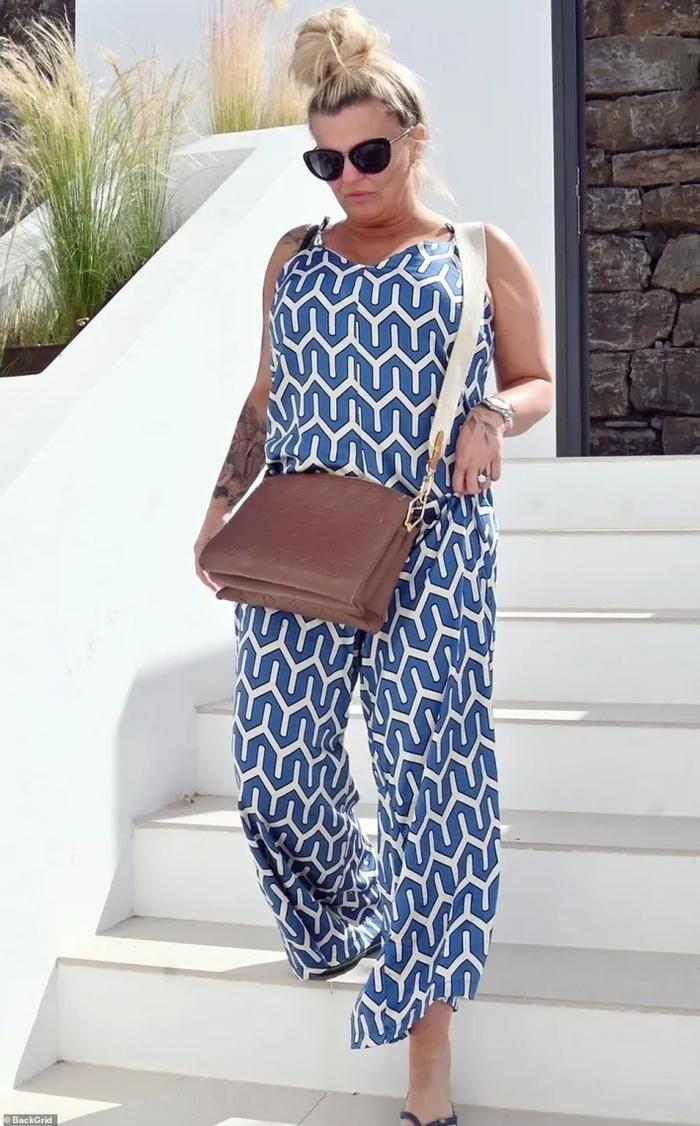 A pop singer Kerry Katona was very active back in the late 90s. She is one of the members of Atomic Kitten, a girl group that originated from England. In one of her Instagram posts, she poses in front of her fireplace, sporting a Gucci sneaker.

In it, Katona talks about the high price tag of luxury items and offers a more affordable option to everyone, linking the shoes to a luxury goods seller. But unfortunately, it is a counterfeit products shop, and she receives quite a backlash afterward. 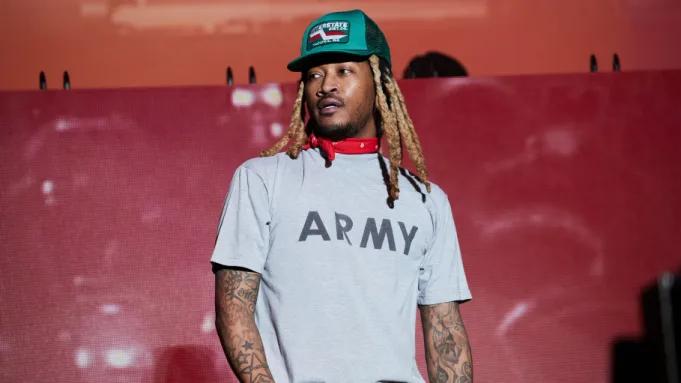 It is another case of luxury goods unfolding because of the anonymous fashion police. This time, the rapper Future is the target. The ex-fiancee of Ciara was caught on sporting a fake Audemars Piguet watch.

The one spilling the information is an Instagram account with the handle FakeWatchBusta. In the post, he writes a detailed explanation of what gives the fake watch away. However, he admits that some celebrities and brands try to sue him, so he stays anonymous. The post ended in 2016.

Considering the amount of money they get, it is hard to imagine celebrities struggling to get luxury stuff.  So, the news about celebrities with fake bags and apparel might be shocking.