When you think of strong people, you probably imagine muscular men who could win one-on-one fights with their fists in a flash. Yet, Code Geass viewers and diehard fans appear to have differing opinions. So, in that case, how should we determine who the strongest Code Geass characters are?

Putting an end to the long argument required careful analysis of each character’s strengths. For example, some characters may be exceptional thinkers but lack the combat prowess needed to pilot their Knightmare Frames (aka those cool combat mecha). 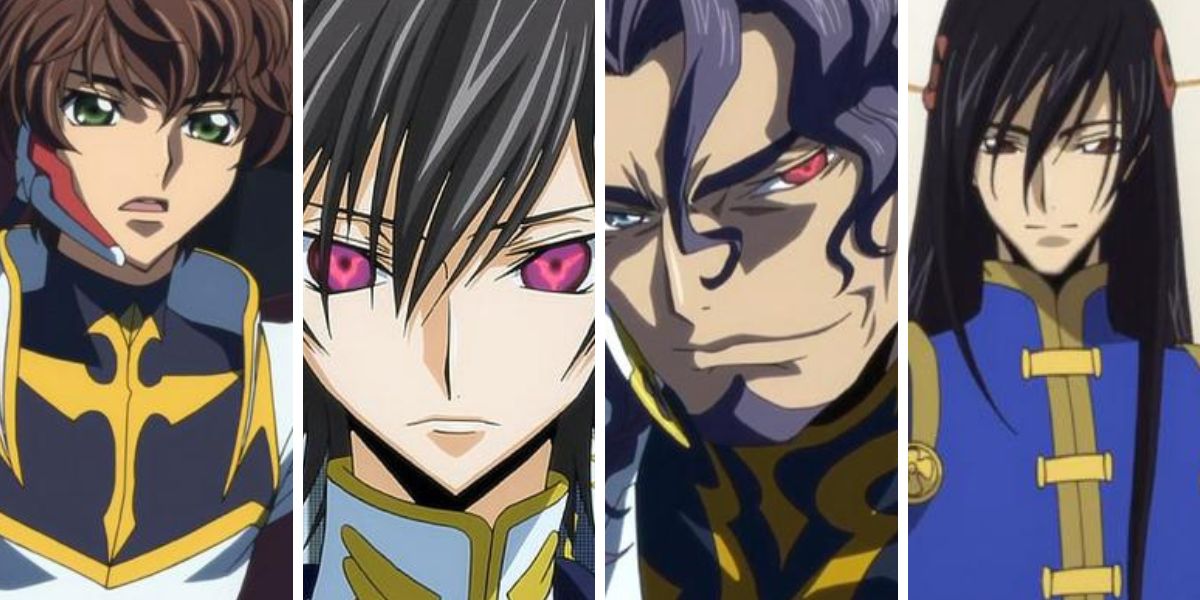 In that sense, we have compiled a list of the best Code Geass characters according to their intelligence, abilities, and, of course, their Geass powers. So try to spot your favorite characters on this list and find out what makes them powerful! 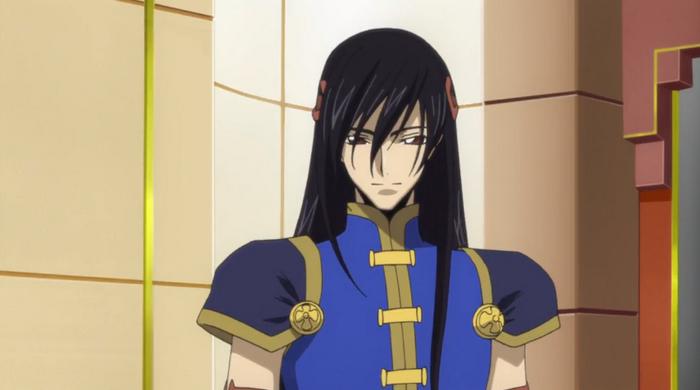 Kicking off the list, we have Li Xingke in the first place. The biggest reason why he is on this list has to do with his fighting abilities. Li is an expert when it comes to close combat. He can draw and strike his sword without his enemies realizing he is advancing.

Let us not forget that Li is a talented Knightmare Frame pilot. On top of that, he is a brilliant warrior. Fun fact: Lelouch once conceded that his power and brain surpass those of Suzaku and himself. Ultimately, they catapulted him into first in command after Lelouch lost his spot.

As a former Empress Marianne’s guard member, Jeremiah Gottwald possesses exceptional skill with the Knightmare Frame. In addition, Jeremiah is a standout character because he receives an anti-Geass power called the “Geass Canceler” in season two.

Using his Geass, he can counteract the effects of any other Geass that comes into contact. In addition, Jeremiah is a superb fighter, both in and out of his combat mecha. His mechanical prosthetics make it relatively easy for him to take on opponents.

In fact, Jeremiah could once battle even with Suzaku and strike the Lancelot without suffering any harm. 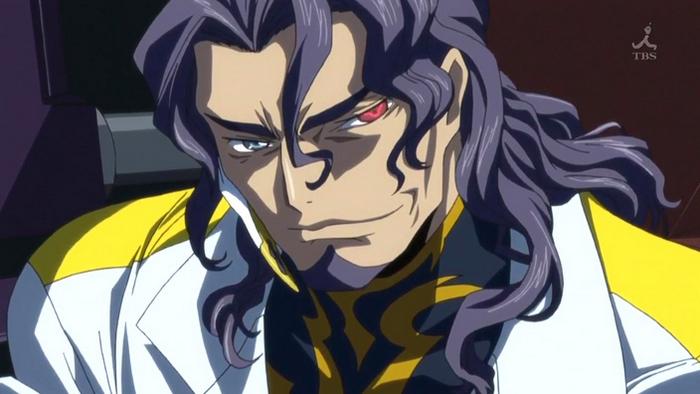 He was once referred to as “The Strongest Knight” among the Knights of the Round. Before Suzaku’s victory, Bismarck was the last person to have the title of Knight of One.

His skill with a sword has earned him a spot on our list. For instance, he is an equal match for Li’s Shen Hu in the Knightmare Frame battle.

As a Geass owner, he can see into the near future. Although he claims to have used his Geass only once on Marianne, he is seen using it to his advantage numerous times during his confrontation with Suzaku. 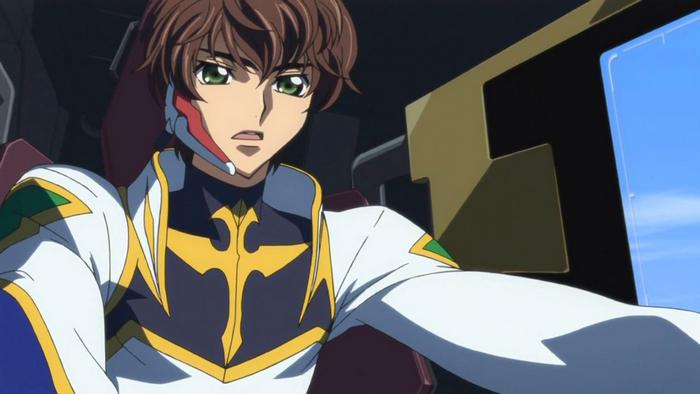 Nicknamed the “White Knight,” Suzaku Kururugi is the second most important character in Code Geass. While he lacks the apparent powers of Geass, his physical strength is undeniably impressive.

Armed with substantial military training, Suzaku is proficient in gunfire and close-quarters fighting. In the role of Lancelot’s controller, he is an expert pilot. However, he is lacking in tactics and techniques. For Suzaku, fighting is all about instinct rather than strategy.

Suzaku’s piloting and fighting abilities are on par with Kallen’s, making it difficult to assign him a rank. Yet, because he would not have made it this far without Lelouch’s Geass, we placed him in the fourth position, just behind Kallen. 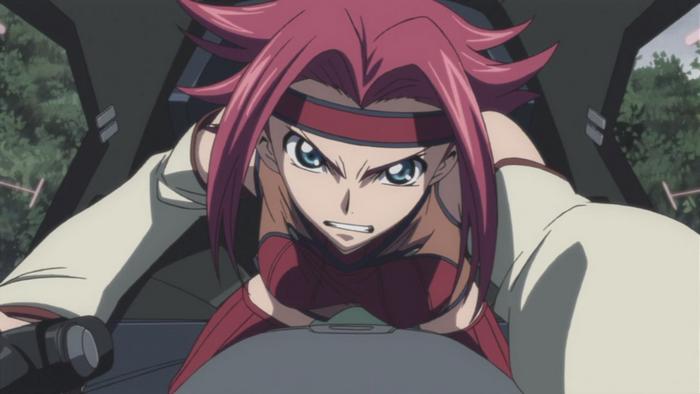 Also known as Kallen Kõzuki, Kallen Stadtfeld is a prodigy. Even the Knights of Rounds cannot match her skills. If the Knightmare Frames allow Kallen to make physical contact, she can take down practically any of them with her Guren.

Furthermore, she is a formidable combatant in both armed and unarmed situations. This is bolstered by her ability to see through her enemies’ plans and take advantage of their first missteps to destroy them while executing efficient volleys amid combat.

Her intelligence, leadership, and battle prowess make many fans dub her the best girl in Code Geass. 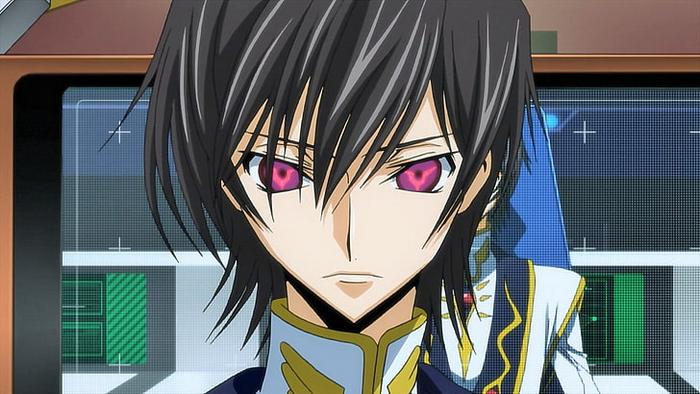 The MC of Code Geass, Lelouch Lamperouge, is depicted as a handsome, intelligent young man. He is gaining much attention because of this image, even outside the Code Geass fandom. Also, Lelouch is undoubtedly one of the most popular Code Geass characters, along with his friend, Suzaku.

C.C. grants a Geass on Lelouch known as the “Power of Absolute Obedience.” In the same way hypnosis works, it allows him to plant directives in his target’s head when they look at him. Even so, Lelouch is still a dangerous enemy without the aid of his Geass.

His most powerful tool is his mind, which possesses a genuinely brilliant intelligence. Thus, he can devise and execute methods with lightning-fast accuracy.

Physic-wise, is Lelouch the strongest character in Code Geass? Unfortunately, Lelouch lacks the points in this department. Besides, his ability to pilot a Knightmare Frame is just so-so. Even so, the viewers’ admiration for Lulu appears unaffected by these characteristics. 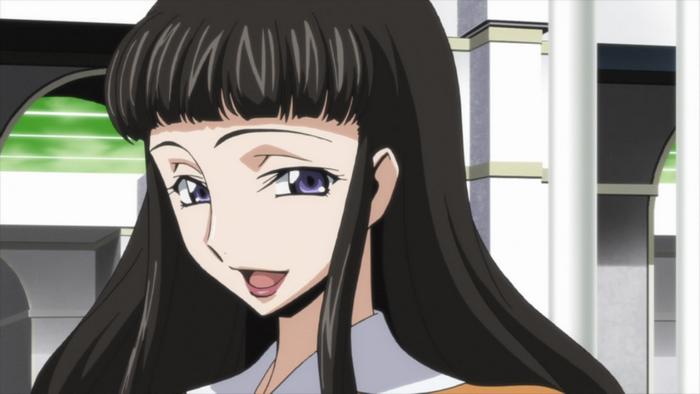 It might be hard for some fans to see why Marianne Vi Britannia is the most powerful character in Code Geass, but there is a good explanation. She was the mother of Lelouch and Nunnally vi Britannia and the late Empress of the Holy Britannian Empire.

She possesses Geass is only one of her many impressive traits. She has been dubbed “Marianne the Flash” because of her ability to control Knightmare Frames at fast speeds.

Like her son Lelouch, Marianne has a high level of intellectual ability. She is a key player in her husband’s schemes since she is so adept at deceiving others. Interestingly, it is this same intelligence that makes her a manipulative antagonist as well as one of the worst Code Geass characters.

The series reveals that it takes more than physical strength to go far in life, as the strongest Code Geass characters demonstrate. Whether thanks to their intelligence or superhuman abilities, these characters are certainly not to be underestimated.