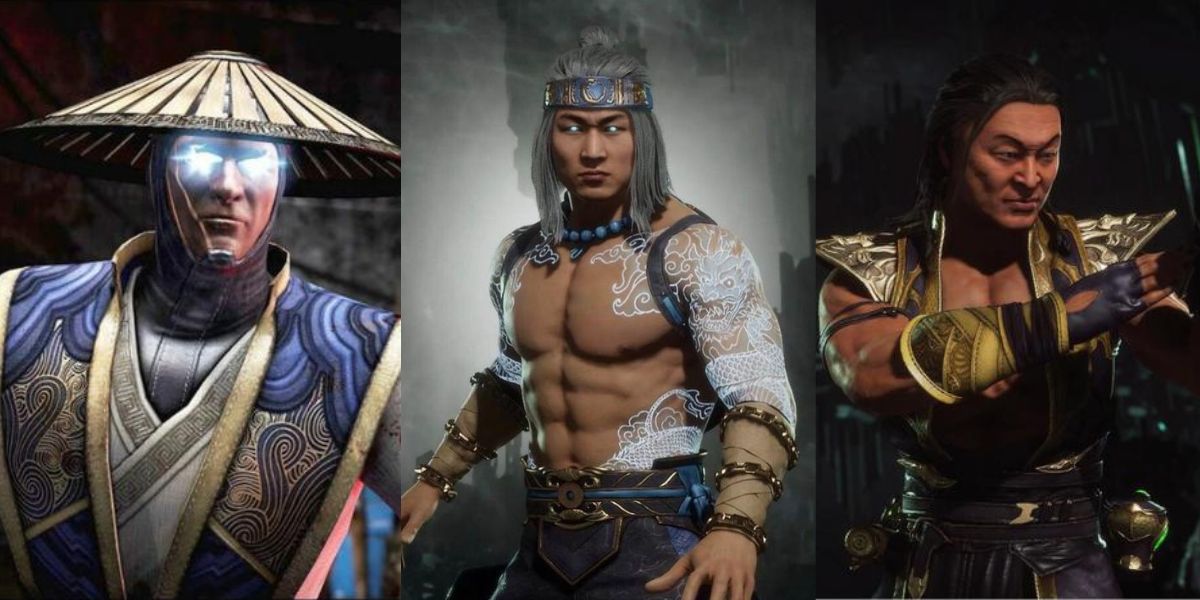 Mortal Kombat is a video game franchise that has been around for over two decades. The games are known for their intense fighting action and over-the-top finishing moves. But Mortal Kombat is also well-known for its cast of outlandish and outrageous characters. From the ninja Sub-Zero to the thunder god Raiden, Mortal Kombat characters are some of the most unique in all of gaming.

But which ones are the strongest? That’s what we’re here to find out. We’ve compiled a list of the twelve strongest Mortal Kombat characters based on their abilities in the games and their overall badassery. So without further ado, let’s get started! 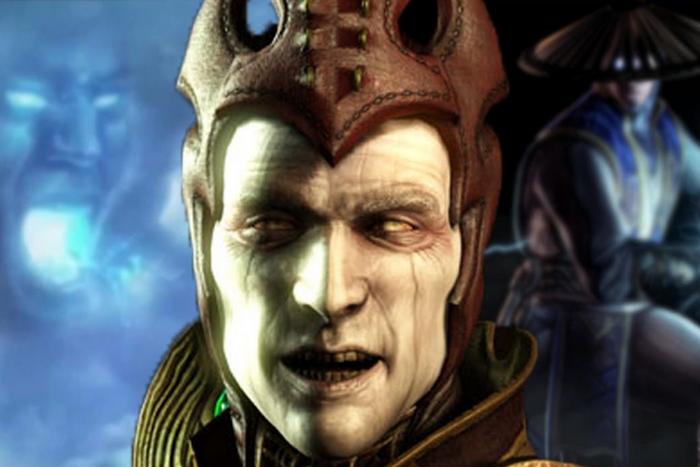 All the characters tried to stop each other until “The One Being” split his body into six Kamidogu and went into each realm. Generally, anyone with the Kamidogu who puts it together with Shinnok’s Amulet will gain the strongest power in the entire universe.

According to the fans, Onaga and Shao Kahn’s intentions to bring the Realms together would get back “The One Being”. 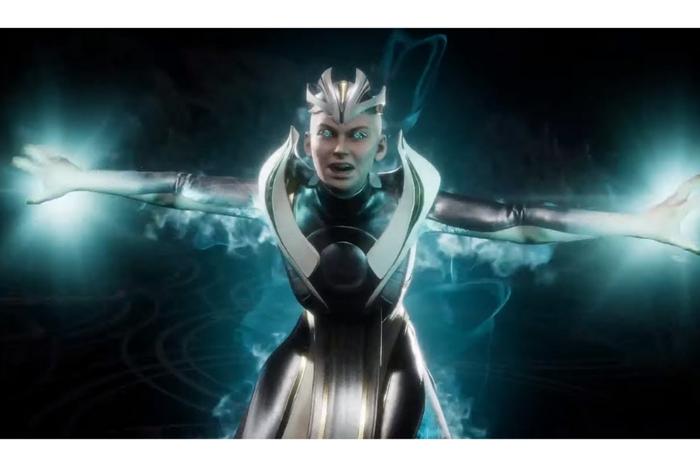 Kronika appears on the MK 11 quite shortly. However, she is not someone everyone wants to mess with. Besides being the mother of Cetrion and Shinnok, she is responsible as the Keeper of Time.

She is also Destiny’s Architect, allowing Kronika to control how this universe flows. It is why summoning individuals won’t be an issue for her – even without causing any paradox in the first place.

However, Kronika is a character with no omnipotence. Even though she can control the Hourglass, Kronika needs energy sources to do that – which sometimes is her downfall. 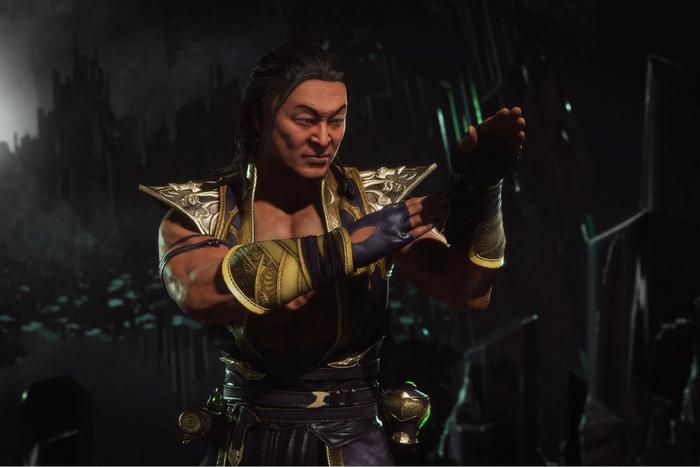 Shang Tsung is the original champion of Mortal Kombat. This is because he has such an unreasonable obsession with ruling the world. However, the Elder Gods spell a curse on him, making Shang Tsung age faster.

Shang Tsung has to drink in other souls to remain young and powerful. By that, he can retain his youth and occupy the soul’s abilities. 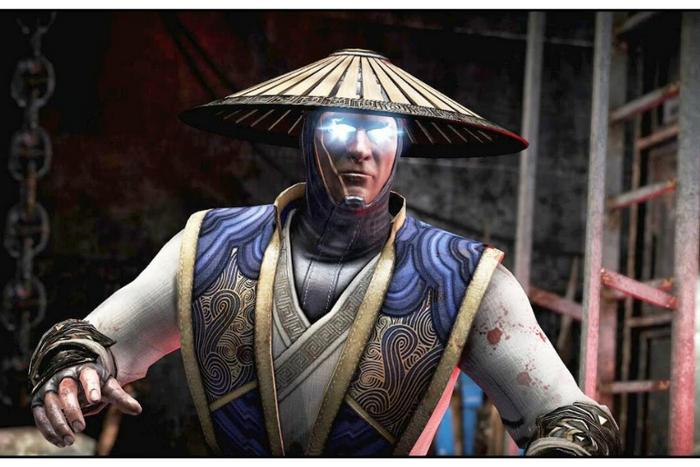 Who is the strongest character in Mortal Kombat X? Well, you can say that Raiden is the answer. Raiden is always coming back, regardless of how many times other heroes have killed him.

Raiden is generally one of the gods in Mortal Kombat. Also, he was part of a major workpiece when the game started. However, he is unbeatable. 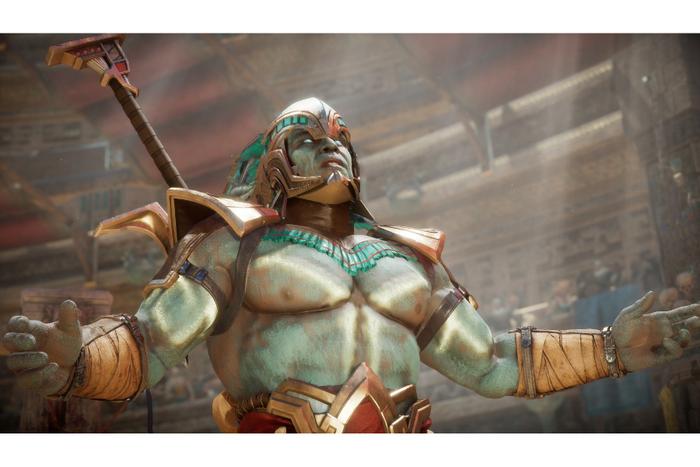 Kotal Khan can be touted as one of the weakest Mortal Kombat characters on this list. Still, he has some kind of metaphysical ability that could combine magic and fighting style.

In the end, Kotal Khan is capable of taking punishment regardless of how hard it is. Other than that, he has excellent leadership qualities. Compared to most characters on this list, you can say that Kotal Khan is one of a few who prefer true peace over anything. 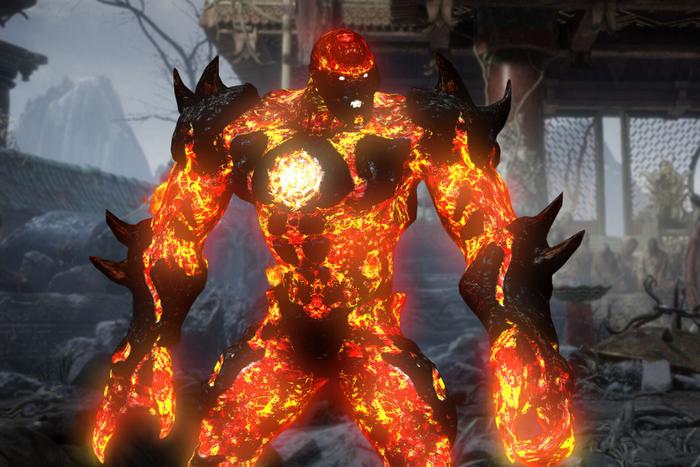 Blaze controls all the fire in the universe. However, others always underestimate him, especially when he has not reached his full potential.

Blaze was once asked to oversee the Mortal Kombat’s fighters by the Edenian Sorceress Delia. Blaze later arranged the final battle for all the Kombatants.

Even though this tough character seems great, nothing would work if Delia’s son was not around to assist him. Still, Blaze is one of the most powerful characters in the Mortal Kombat universe from time to time.

Is Raiden the strongest Mortal Kombat character? No, he is not – Blaze is considered stronger than Raiden at some point. 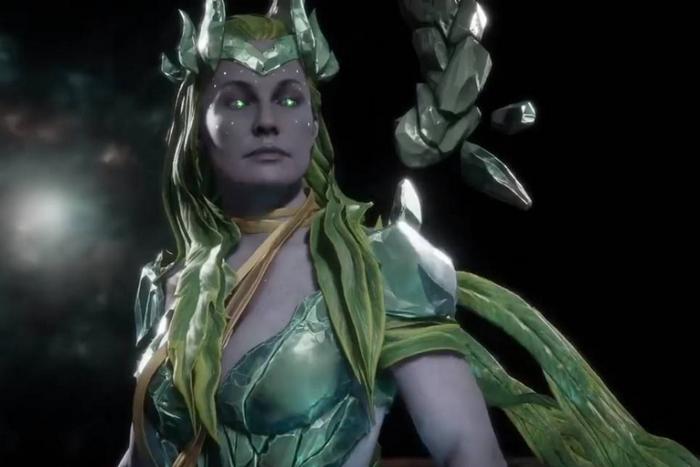 The Elder God of Light, or Shinnok’s counterpart, is named Cetrion. The difference between those two is only the light and darkness. Citation represents lights and how pure that thing is, especially when it comes to the element of life.

She is a deity, which makes her un-killable in the first place. The only thing that holds her back is her devotion toward Kronika, her mother. Otherwise, Cetrion can be a massive threat to everyone. 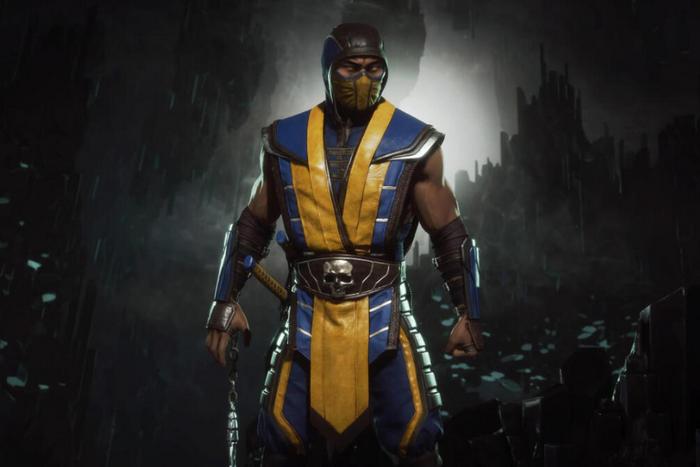 Is Scorpion the strongest Mortal Kombat character? He is not necessarily the strongest in this universe but possesses something many heroes don’t have.

Scorpion, on the other hand, is one of the first ninjas in Mortal Kombat that come up with a merciless character. However, he is not an antagonist in this universe – Scorpion is an anti-hero. 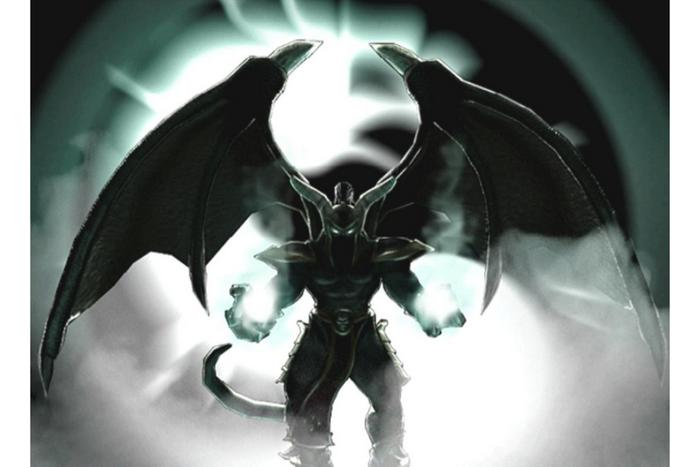 Onaga is the Dragon King that everyone is afraid of. Before Shao Kahn ruled the Outworld, Onaga was the one who took care of this universe. He always shows magical resistance, endurance, and superior strength in everything he does.

Also, Onaga can bring back the dead. However, Shao Kahn poisoned him, and the biggest mortal threat disappeared too. Onaga continues his journey by duping fighters into being moral hosts. 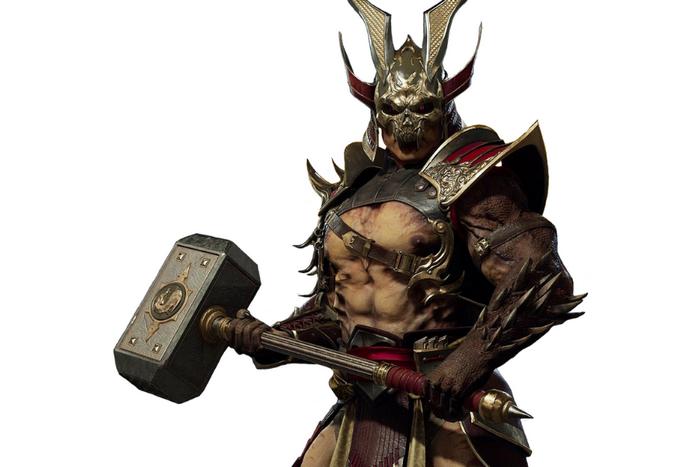 He owns both magic and fighting prowess, which makes him unbeatable to some extent.

Shao Kahn can also absorb others’ souls and suck knowledge as well as abilities through it. However, he often faces downfall due to his typical over-proud habit. 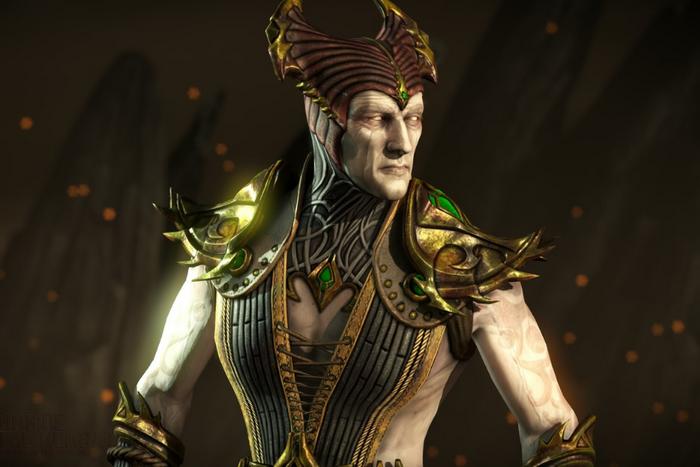 Shinnok is undoubtedly one of the most powerful characters in the Mortal Kombat universe. However, he has a crazy ambition to rule the Realms, making the Elder Gods ditch and banish Shinnok.

Still, Shinnok has control as the God of Death. Shinnok owns an amulet that can vanish people, drain their souls, and force other evil and mind-blowing things. 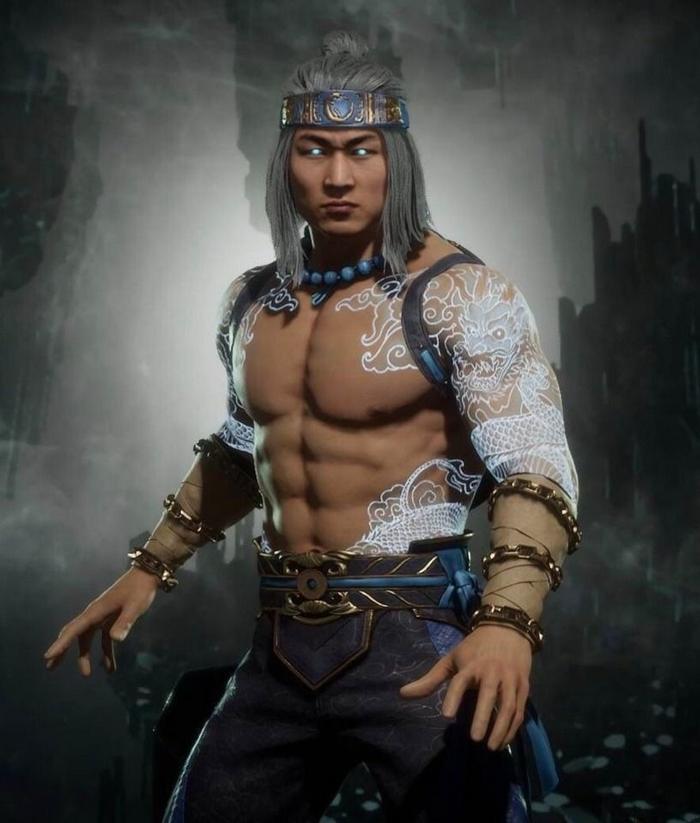 Liu Kang is essentially the Fire God. Kronika, on the other hand, still fears Liu Kand and Raiden, especially when they are both together. So it is not that easy to point out the ability of this god. Still, Liu Kand comes with an excellent deity’s strength and impeccable martial arts.