Persona is demonic allies that your protagonist may enlist in Atlus’ Persona series. Thus, it has a rich history and a large cast. The majority of them are inspired by mythological and folklore. So, you might need to find out who are some strongest persona characters before playing the game. 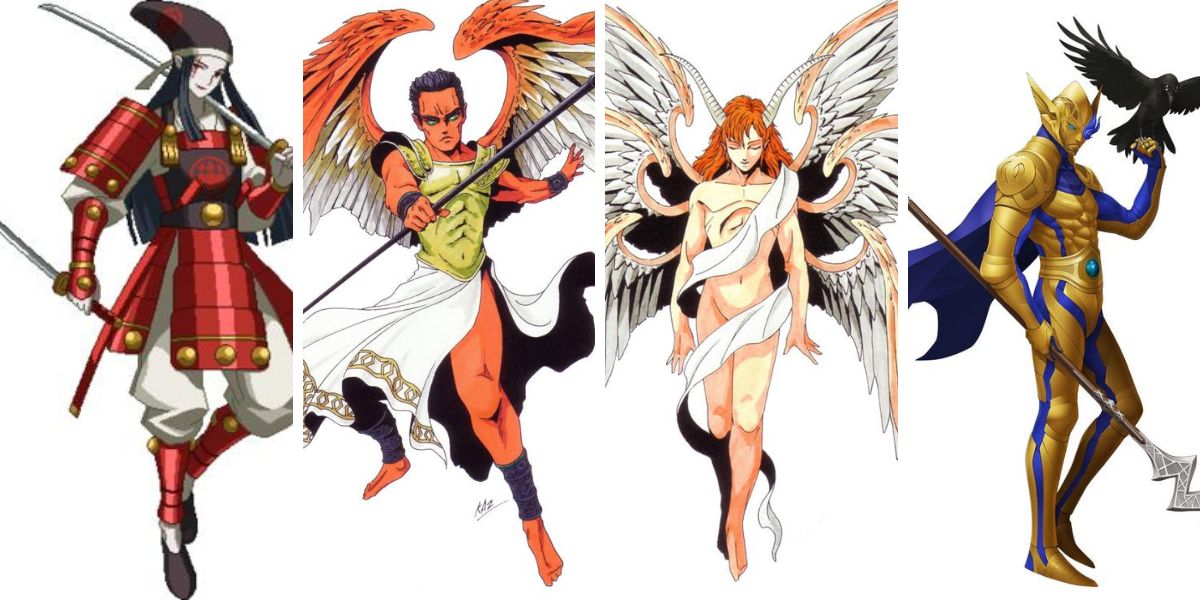 Luckily, you have the option to combine these demons to create even more powerful friends. However, you’ll undoubtedly come up against several incredibly formidable gods and creatures throughout the game. Therefore, with that in mind, you will need their power on your side.

Your party may assist, but as the wild card, it’s your responsibility to gather the best Personas and guide your squad to success. 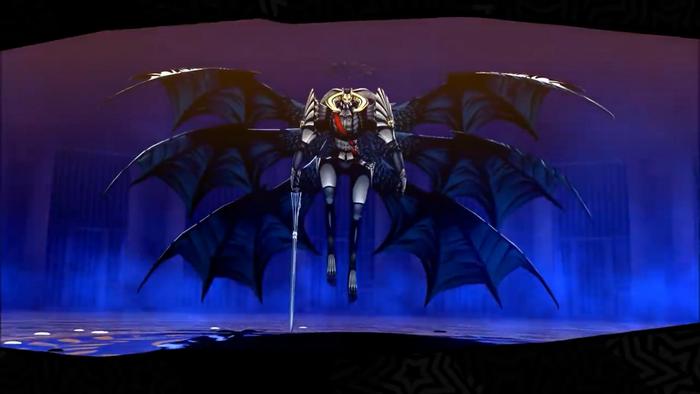 Satanael is the protagonist’s ultimate Persona in Persona 5. He would be awakened at the game’s finale. You will call him when the protagonist’s old Persona, Arsene, breaks free. Due to its strength, Satanael may only be fused in New Game+.

Satanael is invulnerable and resists ten types of harm. But, you must be level 95, even in NG+, to access him. However, if power is what you want, he has it. 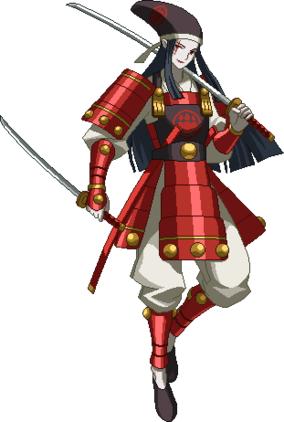 Because it is so strong, this Persona is virtually notorious in the series. Yoshitsune is one of the Tower Arcana’s most formidable Personas in the video game version. He is immune to all forms of harm, including the common Physical variety, and he has no vulnerabilities.

Additionally, he can do physical damage to all opponents eight times with his trademark move, Hassou Tobi, which may make even late-game boss battles relatively easy. 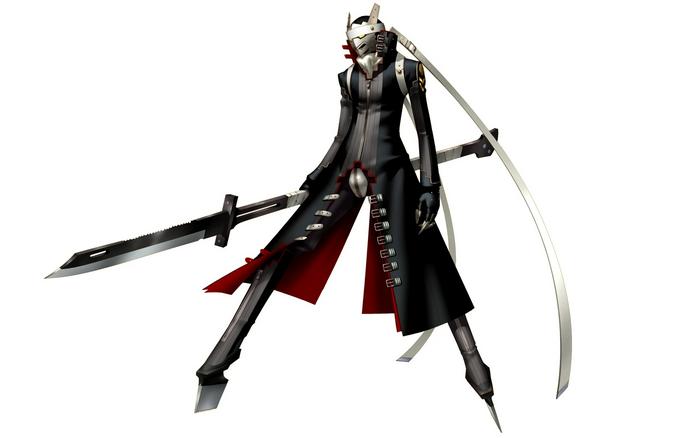 Izanagi was initially modeled on a Japanese mythological deity, yet Izanagi no Okami amplifies that godliness tenfold. So it should be no surprise that the World Arcana Persona from Persona 4 has almost everything going for it as final Personas are ultimate.

It learns heavy magic spells of every element and amplification for each, including Mind Charge and Megidolaon, which amplifies the next magical assault by 250 percent. Moreover, its stats start at an astounding 80 across the board.

This Persona will need work to make it as efficient as possible since utilization is initially too dispersed. But, it will soon establish itself as a formidable opponent. 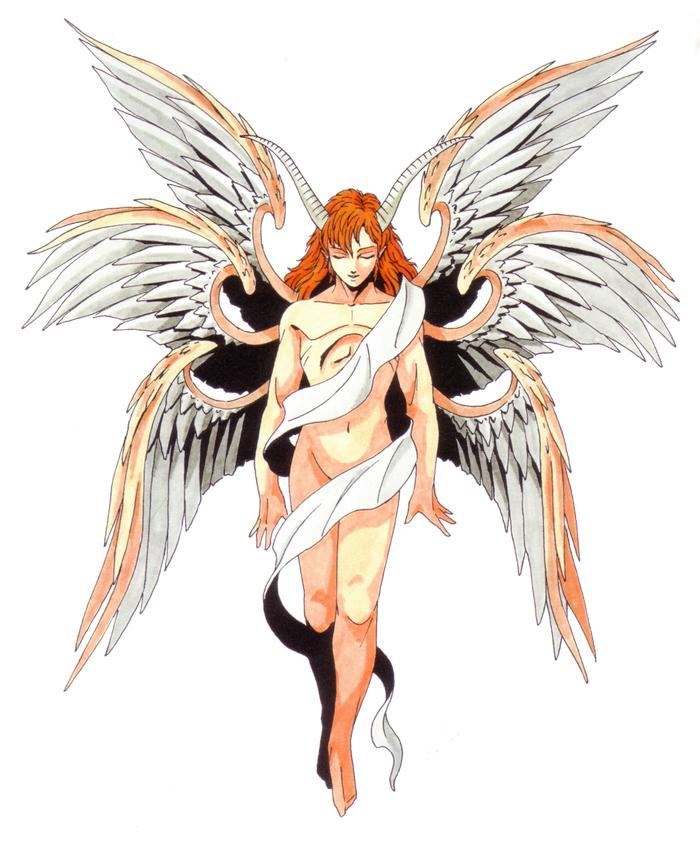 When contrasting renditions of identical deities in Persona and Megami Tensei, it becomes extremely difficult to distinguish between Helel and Lucifer. The Hebrew word for Lucifer is Helel. Yet, they often shift and exchange names and appearances between games, further causing confusion.

Helel has almost the same abilities as Lucifer, often seeming to be a little lower level. However, it has the bonus of healing abilities like Salvation, providing it far more valuable. In addition, it can acquire Repel Wind in Persona 4 to become resistant to all elements bar two, which makes it one of the strongest personas in Persona 4. 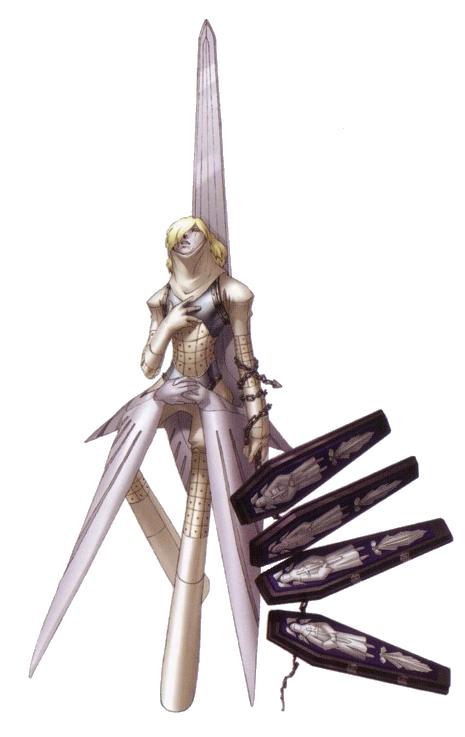 Orpheus, the protagonist of Persona 3’s basic Persona, transforms into Ultimate Persona. After fusion is activated, Orpheus soon loses all of his strength. However, Messiah is among the most powerful characters in the whole series.

With striking, assisting, healing, and passive talents to help the group in any circumstance, its stats are nothing short of outstanding. Since Salvation completely restores the whole party and heals all illnesses, the ability to heal is perhaps its greatest attribute. In Persona 5, it receives the special skill Oratorio, which serves the same purpose but also has the advantage of Dekunda. 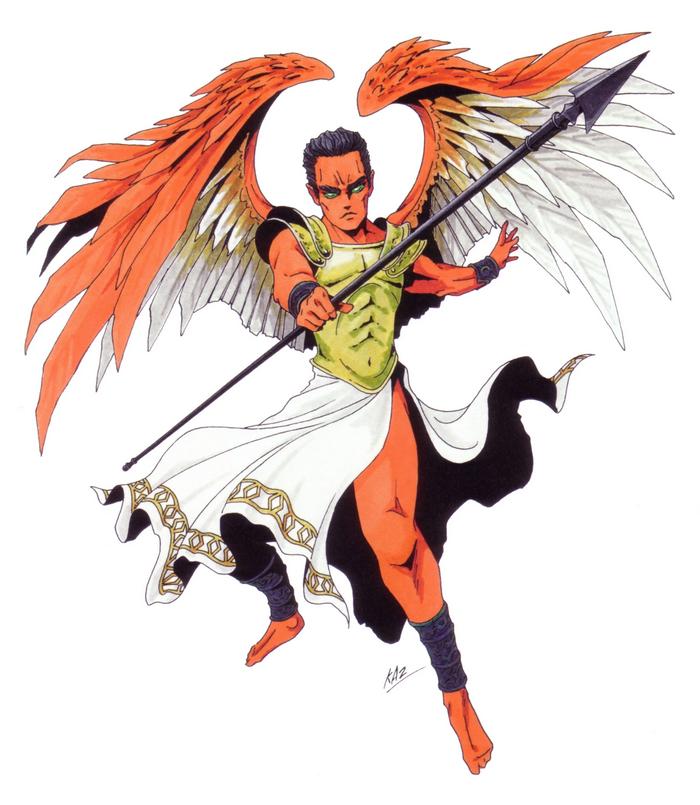 The archangel, Michael, is the most formidable personas member of God’s army. He has a ton of strong and devastating techniques at his disposal. Moreover, he has no vulnerabilities.

He has access to Trumpeter’s Debilitate ability. Furthermore, he may use that debuff with powerful spells, such as Cosmic Flare, Megidolaon, and Mahamaon. However, his most compelling and devastating attack is arguably Divine Judgement, which reduces a single enemy’s remaining HP. 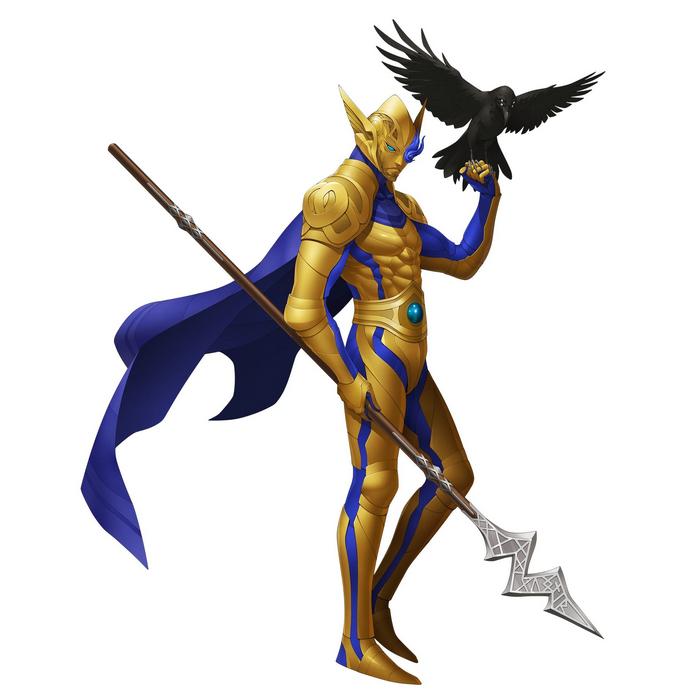 Odin is popular for exchanging his sight for knowledge and is the parent of several other well-known gods. As a result of his authority over the Norse pantheon, he is a slightly elevated Persona in Emperor Arcana.

He’s undoubtedly one of the most powerful electric-damage casters in the game, with the ability to use Elec Amp, Thunder Reign, Wild Thunder, and other devastating attacks on your foes.

Odin has no vulnerabilities; therefore, you don’t need to worry about protecting him. You can increase that power with the Concentrate buff. Fast Heal, another of his automatic techniques, is just the cherry on top at that moment. 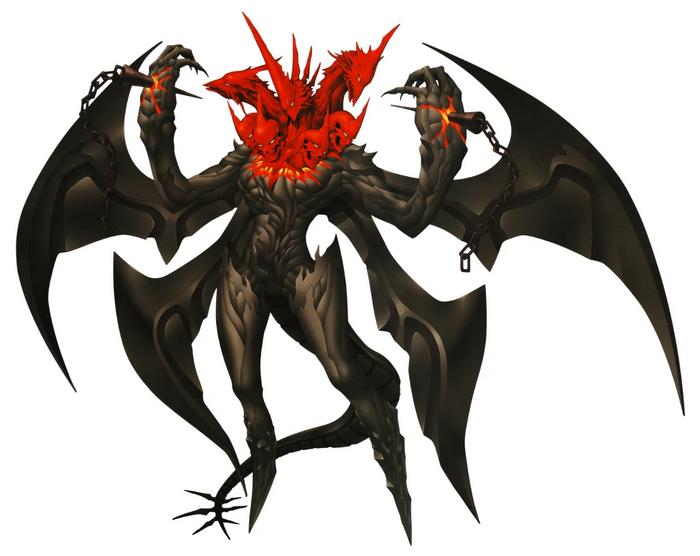 The notoriety of this monster precedes him. In Abrahamic faiths, Satan is a central character who is often portrayed as a lord of temptation who leads people away from God’s favor. Although we are unsure what your soul’s condition is saying by merging this Persona, he will undoubtedly be helpful on the battlefield.

His powerful auto moves, such as Invigorate 3 and Regenerate 3, which replenish your HP and SP after each round of combat, might help you last longer. Moreover, it has no vulnerabilities and may use powerful Ice strikes to paralyze your opponents. All the skills make him the strongest Persona in Persona 5. 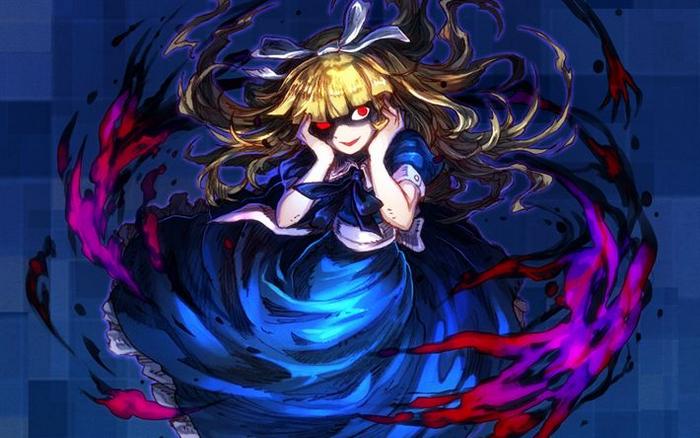 You could get an idea of Alice’s strength because she is one of Death Arcana’s highest-level Personas. She is based on the heroine of Lewis Carroll’s novel Alice in Wonderland. Furthermore, you can also read her in a Scandinavian folktale about a little girl whose soul got such a powerfully magical force that it drove the mother mad.

She possesses the insta-kill ability Mamudoon and Mudo Boost, and her trademark attack, Die for Me!, seems to have a high probability of instantly killing all opponents on the field. Thus, she is a nuke with an absurdly high magic score. Therefore, she deserves the title of the most formidable magician in Persona. 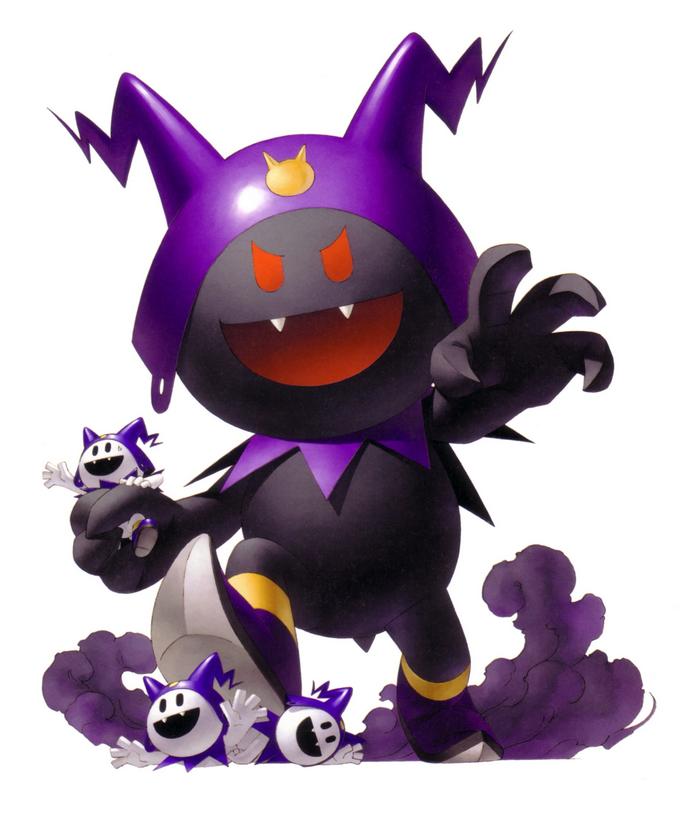 According to in-game mythology, this wicked version of Jack Frost recalled its demon origins. However, in the game, it’s a strong Fool Arcana member with no vulnerabilities.

It does high-level Ice damage and possesses Freeze Boost. Thus, it rendered him more powerful. You’ll be far into the league until you can enlist him, though it’s worth it.

That’s all top of the ten strongest persona characters you should enlist in your deck. Have fun playing!