Whether in romantic novels or dramas, the story about a regular-looking girl getting all romantic with the prince charming is enough to make everyone swoon. Turns out, it also happens in Hollywood. These are ten hot celebrities with unattractive wives that will make you believe that love can make anything possible. 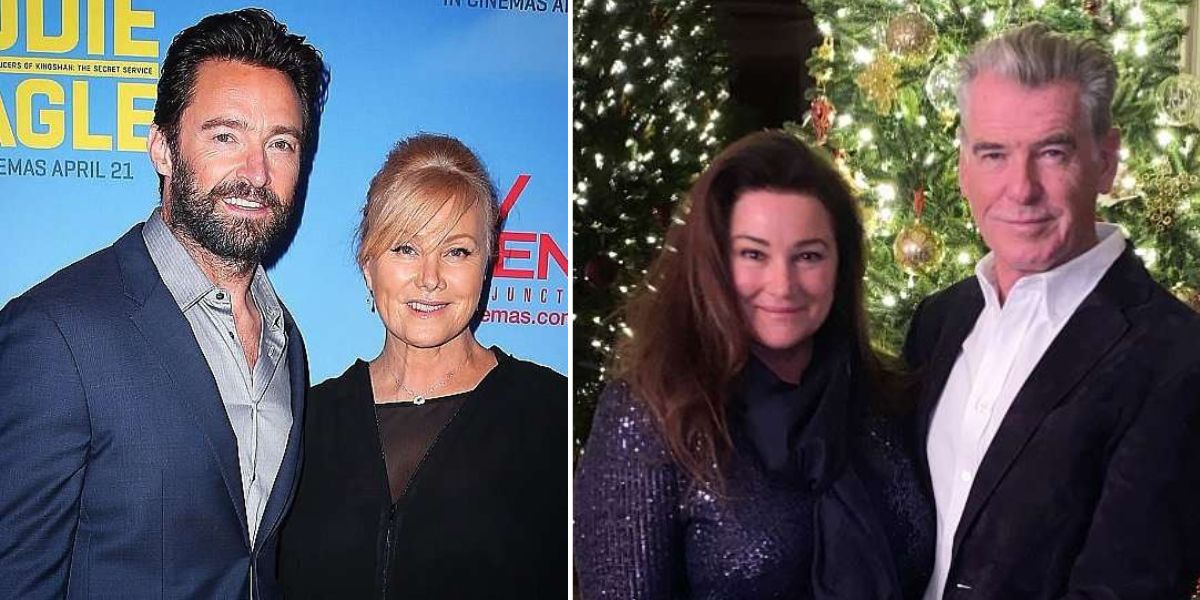 The word ‘ugly’ may be too harsh. However, Hollywood’s portrayal of true love often over-encourage the idea of men having a visually-perfect couple. Otherwise, it’s going to be unhappy. These celebrities prove that’s not the case. 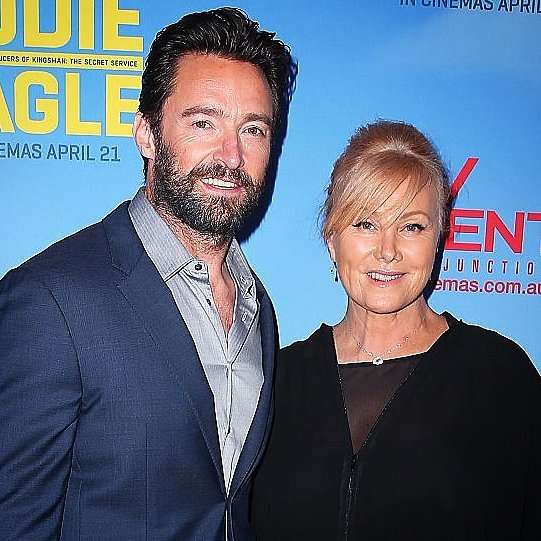 The public image of Hugh Jackman is not very far from these three words, sharp-gazed, mustachioed, and muscular. He is especially considering his role as Wolverine in the X-Men Series. So, it is natural that the public assumes he would marry someone smokingly hot.

However, the 13-years-older Australian actress Debora-Lee Furness makes him fall head over heels. The two met as co-workers at the shooting site, then got engaged five months later. Now they are a family of four, walking into the 27th year of their marriage. 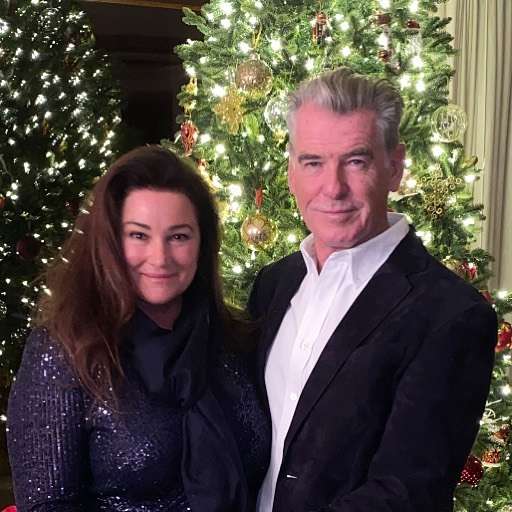 While James Bond is usually stuck with a beautiful girl, Pierce Brosnan chooses Keely Shaye Smith as his forever companion. People may think Brosnan is one of the celebrities with regular spouses. However, it seems that he is the one being totally smitten with the girl.

The two crossed paths back in 1994 at an event in Cabo San Lucas, Mexico. After giving birth to two children, they tied the knot in Ireland 7 years later. Brosnan admitted that he is captivated by Keely’s vitality and passion, while Keely is enticed by his intelligence and kind heart. 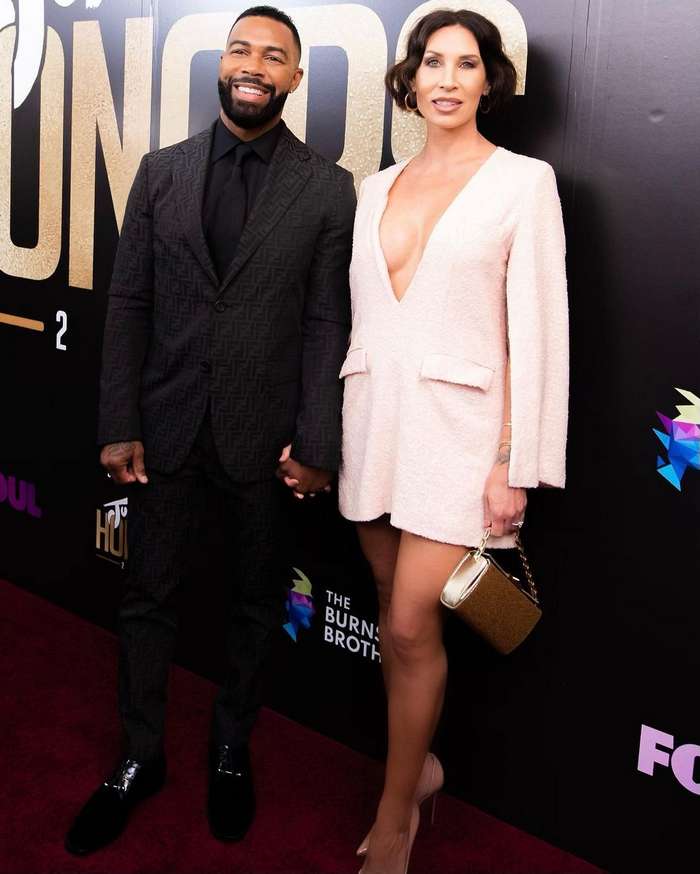 The actor is happily married to his wife, Jennifer Pfautch. They met in early 2000, yet the two didn’t start the relationship immediately due to Hardwick already having a partner. However, they start dating afterward. And now, they are still going strong after celebrating their 10th year of marriage.

Being one of the black celebrity’s wives, Pfautch occasionally receives internet bashes from people who are against interracial marriage. Many also call her ‘ugly’ and call her names. However, Hardwick does not stay silent. He is outspoken and ready to call out whoever hurt his wife.

As a production designer for major movies, Jane Michelle Musky is probably familiar with celebrities. However, has she ever dreamed of dating celebrities and marrying one? Only Musky knows. But, funnily enough, that became true.

Goldwyn shares the first time he met his wife on a talk show, saying that it was initially his best friend who first had a crush on Musky. Furthermore, the best friend stopped crushing on her, while Goldwyn and Musky’s relationship strengthened. 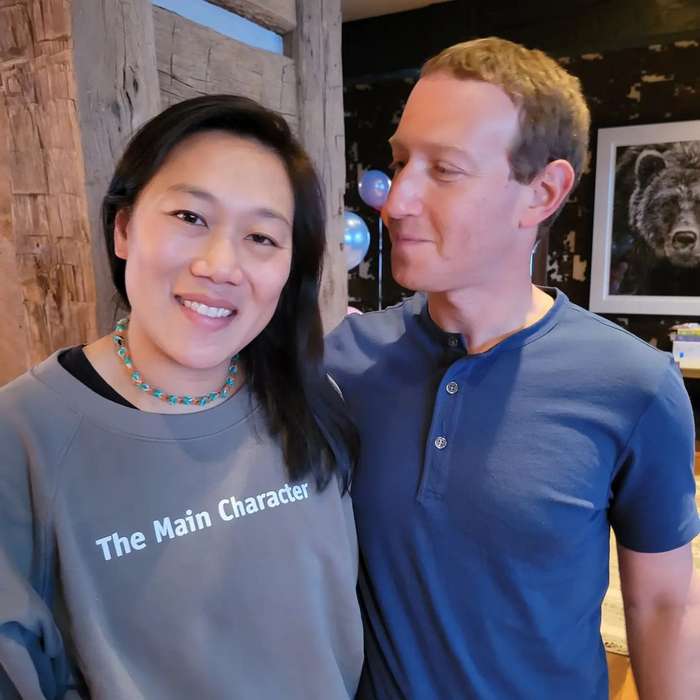 Mark Zuckerberg may not be a Hollywood celebrity, but he is still a major figure everybody knows about. But, of course, his popularity as a billionaire who owns Facebook easily makes Zuckerberg and Priscilla Chan as enjoyable to talk about as the other iconic celebrity couple.

Their first meeting was rather funny. The two met at a frat party back in college while queuing to the bathroom. Chan’s first impression of him was that he was a nerd with a liking for science humor. The couple got married in 2012, and now they have two children; August and Max Zuckerberg. 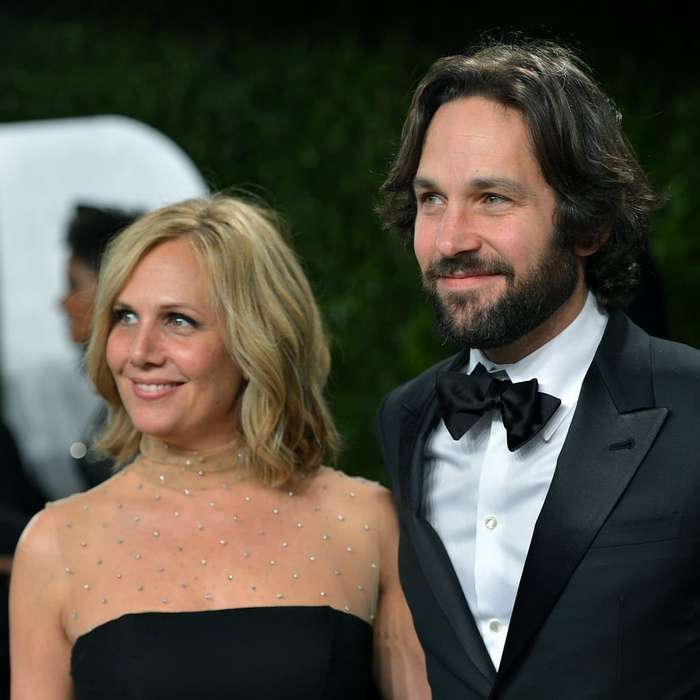 The real soulmate will find whoever it matches, even though they are separated miles away. Such narration is really fitting for a romantic movie script. However, it also happened to Paul Rudd and Julie Yager in their own story.

After several misfortunes, Rudd decided to move to NYC. The first thing he did was to hire a publicist, and luckily, it was Yager. She was the first person Rudd knew in the city, so he invited him to dinner. Long story short, they married in 2003 and are now a family of four. 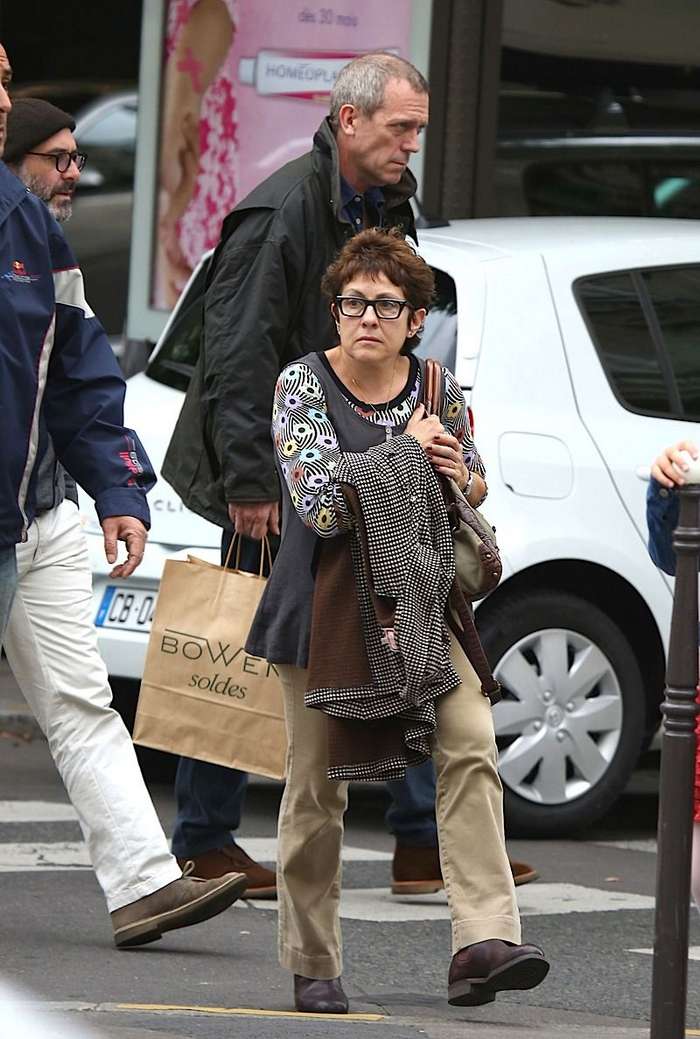 While the other celebrities on the list seem to have it easy, it’s not the case with Hugh Laurie and Jo Green. Instead, the cast of Dr. Gregory House and his wife strive a lot to maintain the marriage despite many difficulties.

Both tied the knot in London in the summer of 1989. After the marriage, Hugh receives the offer to play in the series House. Unfortunately, it forced him to leave London and live separately from their families in Los Angeles. There are also several scandal affairs, yet Green is standing strong by him until today. 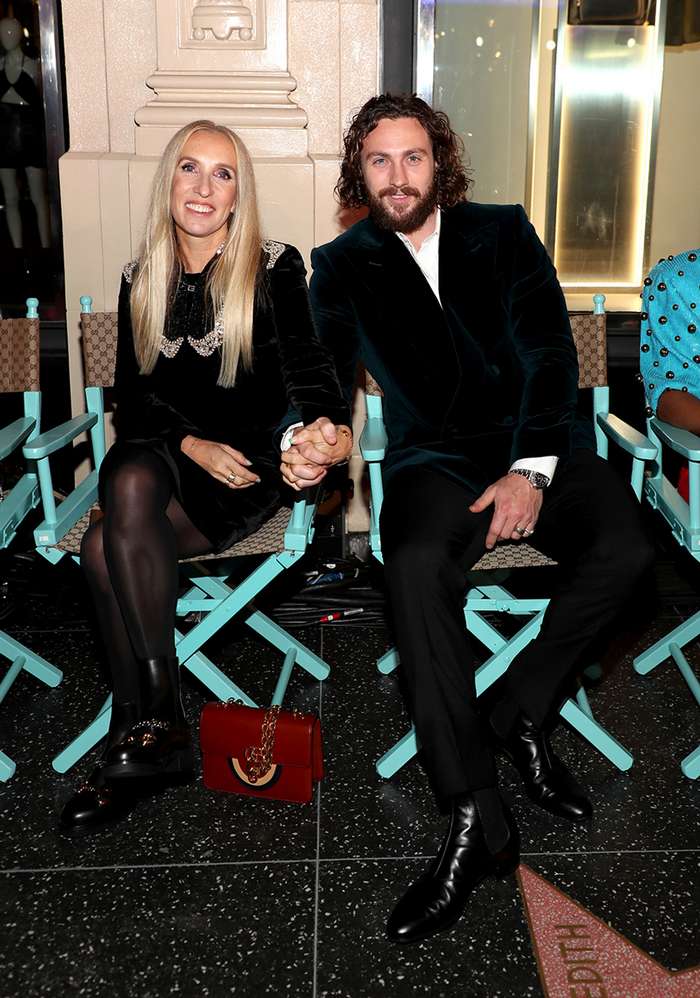 Aaron Johnson was busy filming Kick-Ass at the time she met his future wife, Taylor Johnson. She was a director trying to debut as a feature filmmaker, and Aaron was one of the people selected for an audition.

Upon the filming, there were already sparks between the two. According to both of them, they connect like no other. Despite the age gap, they continue to enjoy their relationship. Now, they have two children. And in 2022, they renew their wedding vow as a way to celebrate ten years of marriage. 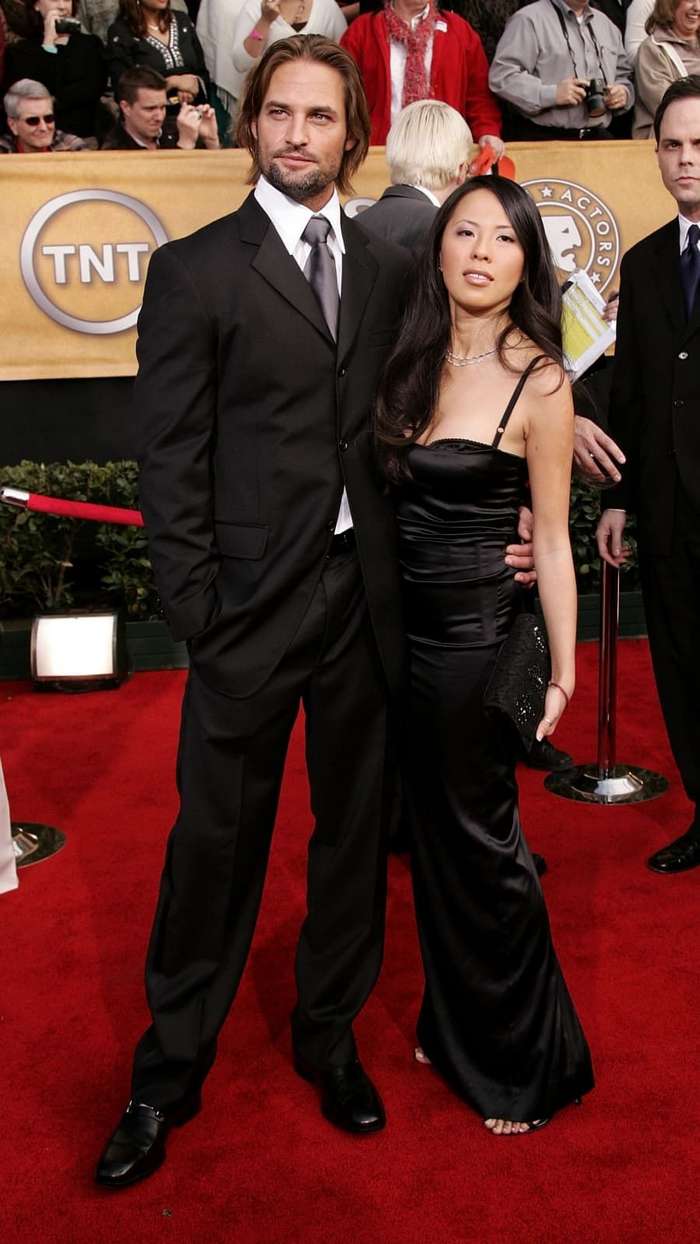 Sometimes, the princess needs to pick up the prince. That is what happened with Josh Holloway and Yessica Kumala. Their first meeting was simply at a bar some night. Apparently, it was Kumala who approached Holloway first and asked for his number.

Kumala was an Indonesian–born who moved to the US to seek better opportunities. Upon marrying Holloway, she takes care of his two children. Furthermore, years after their wedding in 2014, their family got two new addition with Holloway and Kumala’s baby.

Lastly, Clive Owen and Sarah Jane Fenton are the celebrity couples still together. They are quite a hit back in the late 80s and early 90s. However, while Owen is still active today, Fenton does not do acting any longer. Instead, she is focusing on her educational career.

In several interviews, Owen admitted how Fenton became his anchor in life. He said his success in the film could not be taken apart from the role of his wife, who helps him take care of things behind the lens.

This may be the list of celebrities with unattractive wives. However, physical appearance does not matter. Instead, it’s how comfortable the partners make them feel.