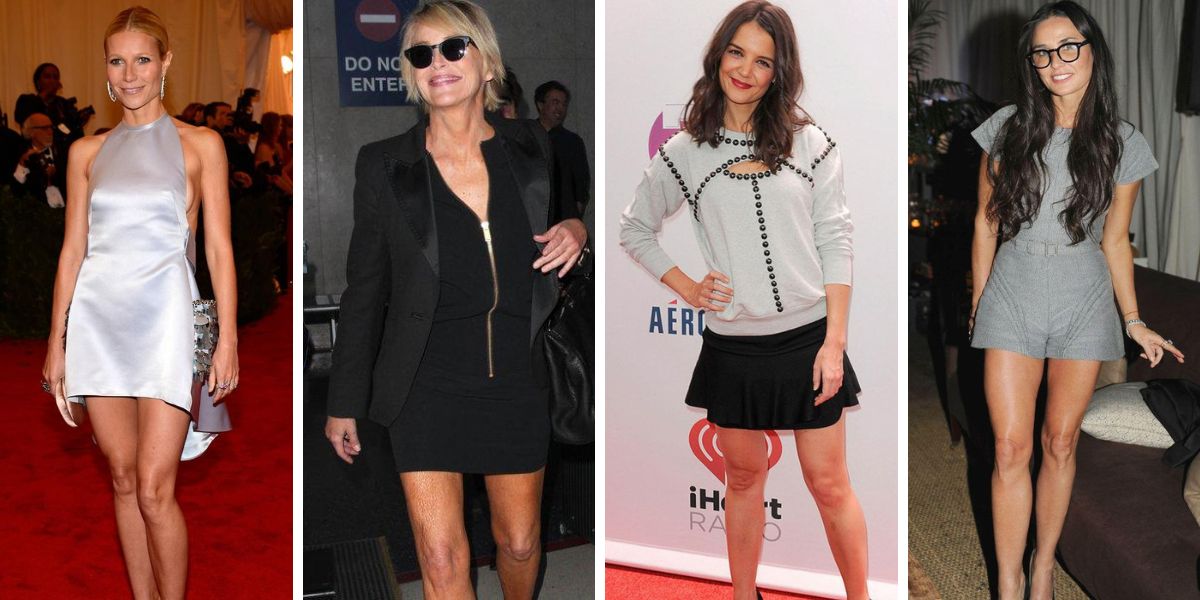 Despite the age factor, it is hard to imagine that some celebrities -who can afford knee treatments and surgeries- forgot to tailor the area. Here are some of them: 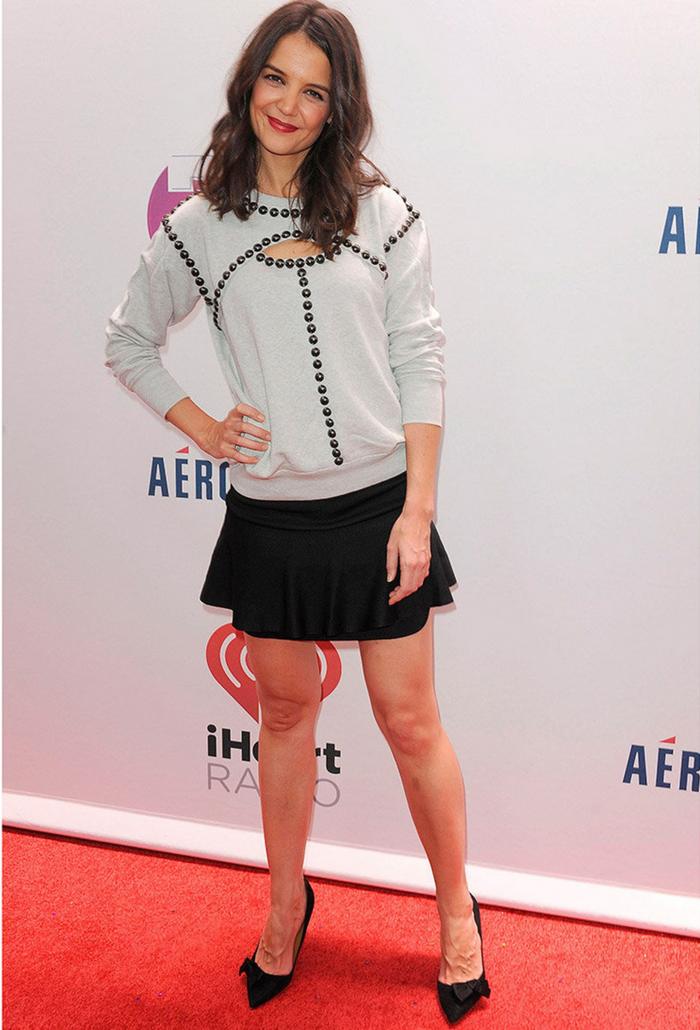 Katie Holmes is still graceful, even in his 40s. The Dawson Creek cast is considered a streetwear icon, as she usually strides in stylish clothing and enchanting charisma. Moreover, one thing that identifies strongly with her is that she rarely uses something above the knee.

Holmes’ go-to styles are usually pants or knee-length dresses. However, in the photo above, Holmes appears younger by pulling off Isabel Marant’s sweater and thigh-length skirt. It is not only the style that catches others’ attention but also her wrinkly knees.

The Hollywood industry is famous for its huge opportunity, especially for young artists. However, it can also be harsh toward those who already dabble in it for a long time. The harsh critique of Demi Moore’s wrinkly knees is one of them. 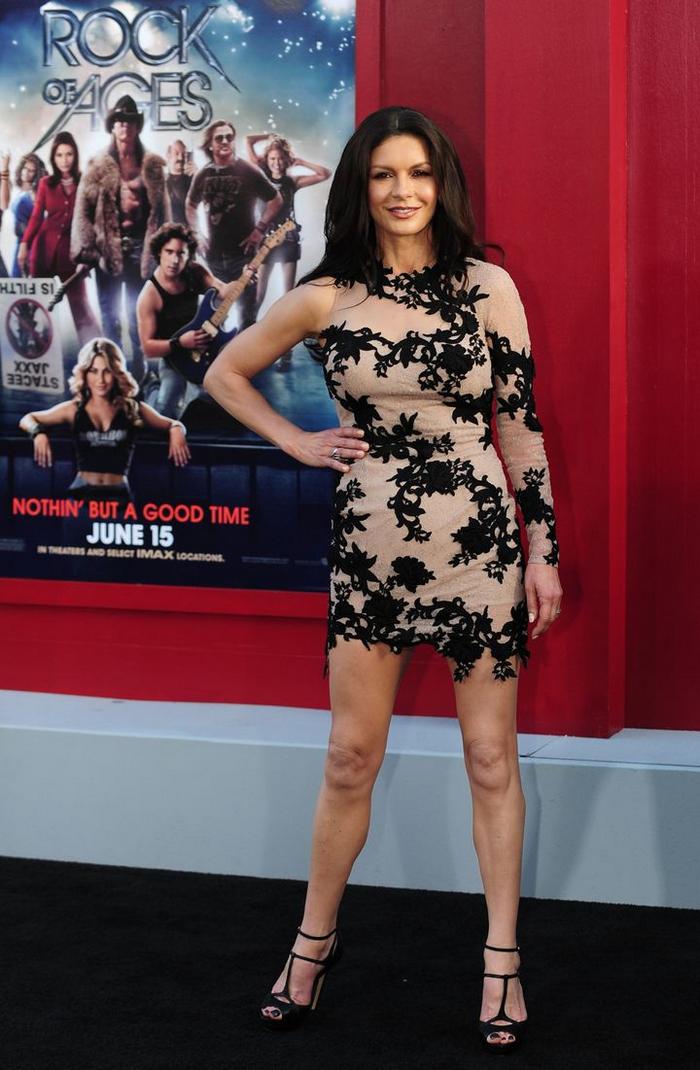 Cases of celebrities aging badly is common. However, Catherine Zeta-Jones always looks so glamorous, despite of age she has reached. But some body parts do not lie and hide the number; Zeta-Jones has wrinkly knees as she ages.

Critiques are working on the photo above like a hawk. Most of them say that the dress is “questionable.” However, the highlight is not only the dress but also her saggy and wrinkly knees. Not only that, but the 52-years-old actress also shows signs of aging on her elbow and neck. 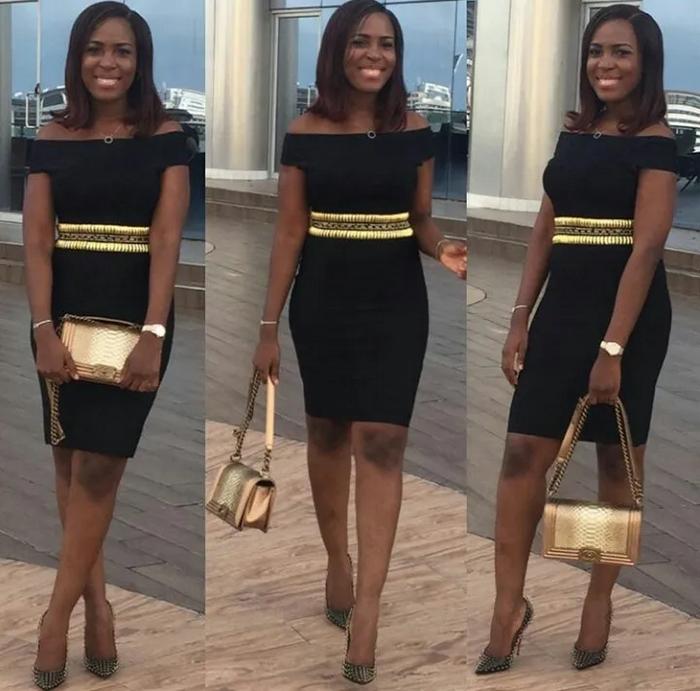 Linda Ikeji is one of the celebrities with dark knees and elbows. She is a famous blogger from Nigeria and a host for a media outlet named “Linda Ikeji TV.” She often shows her “Outfit of The Day” and shares a part of her lavish lifestyle on her social media.

It is not only once that Ikeji would share her OOTD wearing short dresses or skirts. However, despite all the glamorous fittings, Ikeji has a visible dark knee. Yet, Ikeji herself never talks about it and continues to wear fabulous short clothes, even though many people are talking about it. 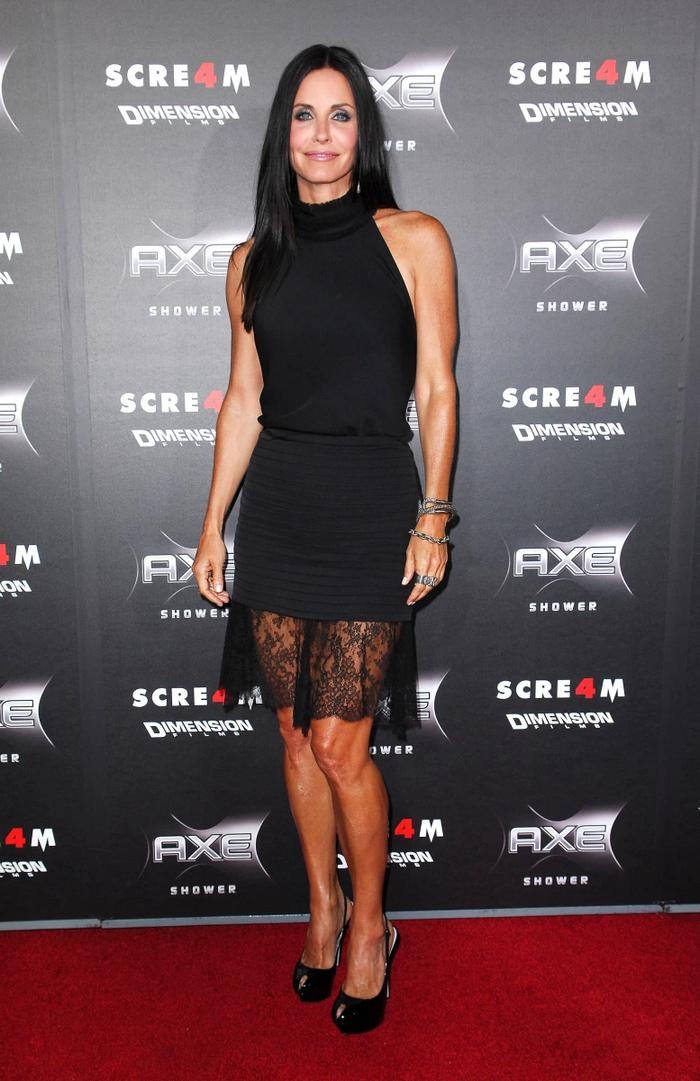 Courteney Cox is not shy about his experience with cosmetic surgery. She admits that she regrets working hard to make herself appear younger. However, that is when she talks about her face filler.

Maybe that is the reason that she does not undergo knee lift surgery. The actress famous for being Monical Geller is gradually showing signs of aging through her wrinkly and knobbly knees. Moreover, since Cox is on the thinner side, the sagging knees appear more evident to the public’s eyes.

Want to know what knobby knees look like? Take a look at Eva Longoria. The 1975-born favor knee-length skirts or boots that it is unlikely to catch her in short bottoms. However, once she does, her knobbly knees are visible to the public eyes.

On a rare occasion that Longoria uses short pants, people make a fuss about the appearance of her knee. Aside from being knobbly, her knees also look bony. While the actress looks stunning from mid to top, she looks thin from mid to bottom. 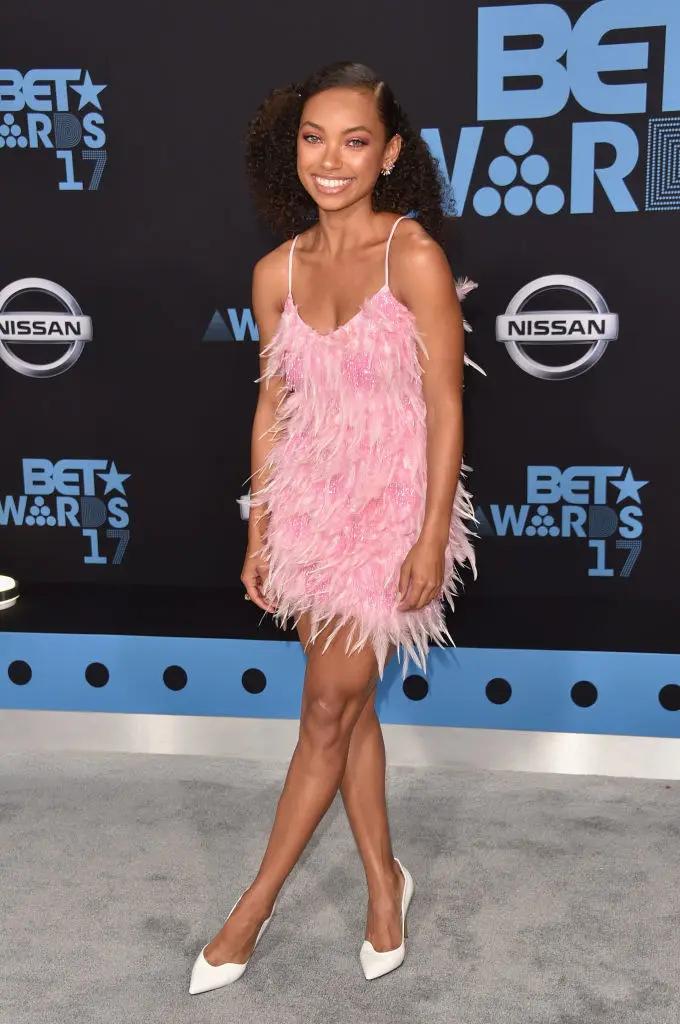 The 1989-born actress is triggering an internet discussion when the photo of her walking down the premiere circulates. In the photo, Browning looks gorgeous with a frilly pink dress and white heels. Combined with her glowy skin, the actress seems lovely.

However, due to the dark color of the knees, it gets easier to spot that area. And the public noticed that Browning had a scar on her knees. The scar raises eerie questions as many African-American women have the same scar on their knees. 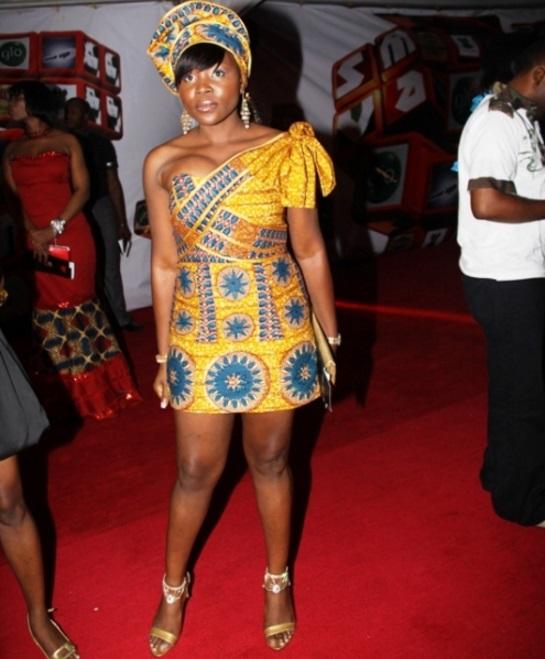 Omawumi Megbele is a talented singer and songwriter from Nigeria. She appears in many campaigns and advertisements and has been selected as the ambassador of major brands. Her name rises as she becomes one of the contestants in a West African singing competition.

It is not weird to see the 1st runner-up being scouted as celebrities. But, alas, she usually gets invited to prestigious events. However, the public spots her dark knees while she walks along the red carpet. Despite the appearance of her knee, she still looks astonishing in a Nigerian-motive yellow dress. 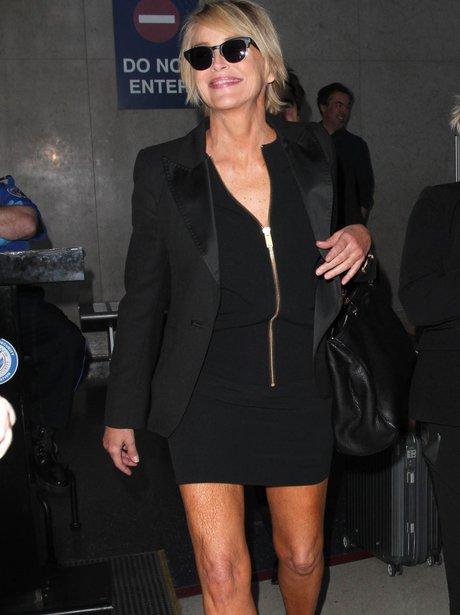 Give it to Sharon Stone to grow old confidently. Even though she is in her

early 60s, she still rocks whatever is put on her, including a short bodysuit, a fitted blazer, and leather heels, as shown above. Combined with her short pixie cut and sunglasses, she sure looks 20 years younger.

Despite the great appearance, Stone cannot escape the critique’s eyes as she shows her kninkles. However, the actress seemingly does not feel appalled by the insinuation. On the contrary, she confidently says that her wrinkles appeal to men and her laughing lines are sexy. 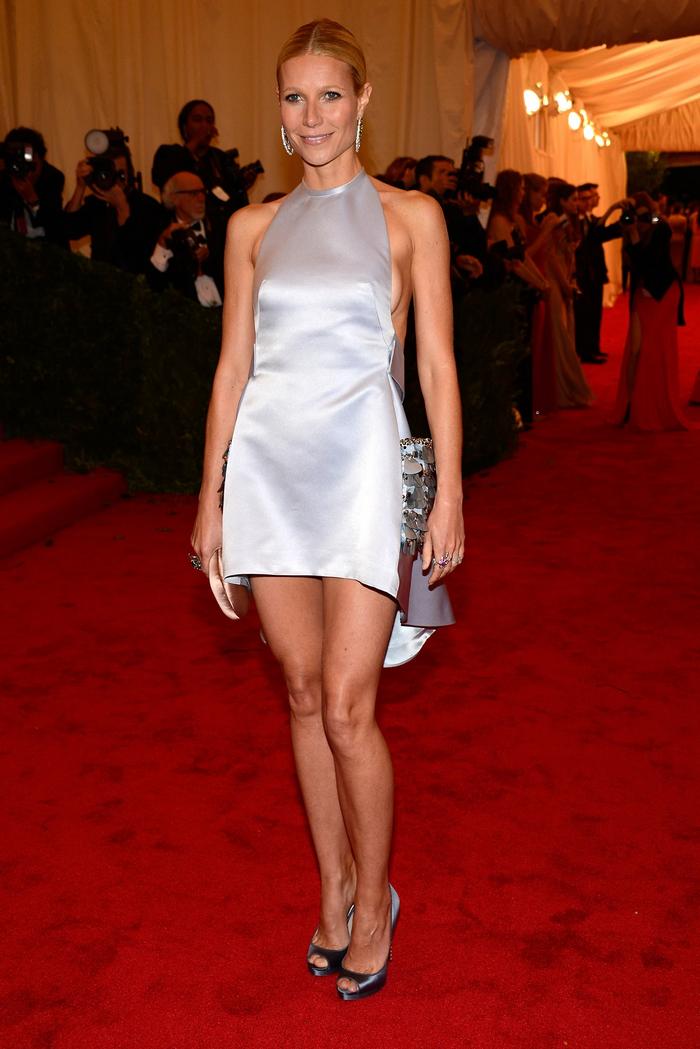 Gwyneth Paltrow sure knows where it hits. In an interview, Paltrow seems to reminiscence her old red-carpet dresses. But, on most occasions, Paltrow does not hesitate to show a lot of skin – or flashes some to give a teasing effect.

However, confidence alone is not enough to escape her from aging. The 49-years-old actress shows wrinkles on her knee, though she is not afraid to show it around. She is working more toward self-love and consideration of her young kids not to feel embarrassed.

While celebrities with dark and wrinkly knees might show the public the effect of aging, it is more important to grow some self-love. But, if you want more, knee lift surgery is always available.